Pixel fans are in for a sweet surprise. Last week, a few sketches surfaced, claiming to be Google’s upcoming Pixel 4/4XL. We still aren’t 100% sure they are accurate to what Google is creating, but some amazing renderings were recently produced off of the sketches. Thanks to @PhoneDesigner on Twitter, the world is able to have a sneak peak at what the Pixel 4 may look like.

At first glance, the phone looks extremely high-end with the large screen and number of cameras. Oddly, the renderings look very similar to Samsung’s Galaxy 10 smartphones. The hole-punch dual camera on the front of the device will please many users who can’t stand the infamous notch. It’s also surprising to see a dual camera on the back of the XL device, as Google has since stayed true to a single lens. Camera-wise, we’re confident you’ll be able to take unbeatable photos.

While the hole-punch does provide more screen space, the black border around the screen still look fairly large. Fortunately, the solid black and white colors complement one another perfectly, so you man not need a case. In terms of the back, the same two-toned texture is used, which proved fairly durable on the Pixel 3. Additionally, the fingerprint scanner is gone which may hint at one being implemented under the screen. All in all, it looks like a great design that many fans are hoping Google can pull off on the real Pixel 4.

What are your thoughts on the renderings? Stay patient, as Google isn’t expected to announce the next Pixel till later this fall. 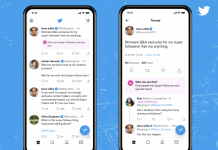