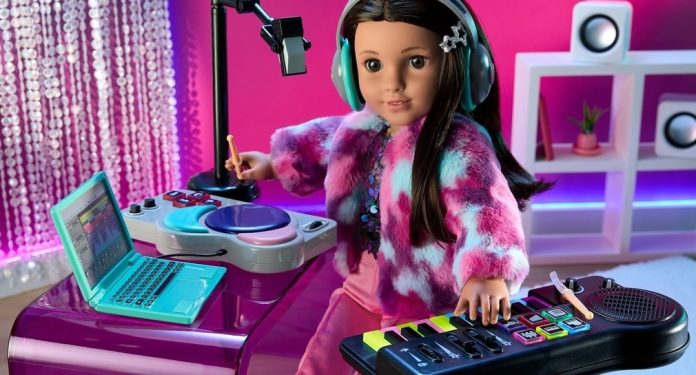 Mattel, the US toy company famous for the Barbie doll, released a DJ/producer doll under the American Girl brand.

The new character, Kavi Sharma, was created in collaboration with author Varsha Bajaj, who developed a backstory for the 12-year-old character. The new line of dolls is aimed at girls aged between seven and 12 years old, and it includes a laptop, headphones, and an instructional booklet on how to make music.

The American Girl brand was founded in 1986 and is owned by Mattel. It has created more than 100 dolls, each of which tells a story about a different girl from different times and places. The line of dolls has expanded to include books, movies, and clothing.

This new doll is the first one in the American Girl brand to be introduced with an interest in music. The company said it is hoping that Kavi will inspire girls around the world to pursue careers in technology and science.

I took immense delight in showcasing slivers of Indian culture, including dance, yoga traditions, food, clothing, and magical festivals like Diwali and Holi.