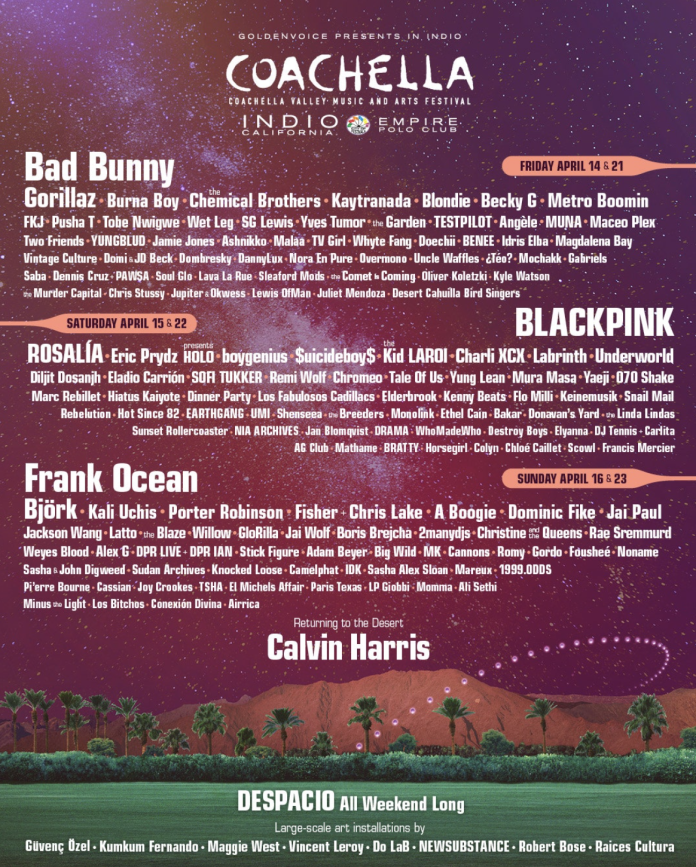 You can register now for access to passes here. Presale begins this Friday, January 13th at 11am PT. Goldenvoice promoters advise those looking to purchase tickets to look to Weeknd 2, as very limited passes remain for Weekend 1. Can’t make it to Coachella this year? You can tune in via YouTube, the exclusive livestream partner for both Coachella weekends.