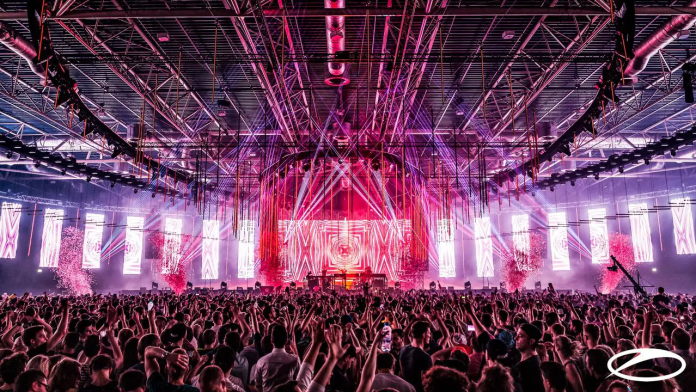 The upcoming festival will take place on March 3rd and 4th in the Dutch city, and will see more than 40 different acts making an appearance.

With a new intro to the program. That’s how Armin van Buuren kicked off the 1104th episode of the long-lived A State Of Trance radioshow, not only one of the leading Trance shows currently on air but also the third most streamed on 1001Tracklists last year. During this episode, a new colour palette and a variation of the ASOT logo were showcased, the anthem for A State Of Trance Utrecht 2023 ‘REFLEXION’ by Armin alongside Cosmic Gate was revealed, and the lineup for said festival was finally shown to the public.

ASOT Utrecht 2023, also called ‘ASOT 2023 Celebration Weekend’ will be held in Jaarbeurs Utrecht on March 3rd and 4th of the current year, and will become a space for 43 different producers who’ve all contributed to the Dance scene, old and new, and across different styles and genres not only limited to Trance.

During the ASOT 1104 transmission, Armin stated “Friday, two stages, Saturday, five stages, let’s put it that simple“, as to how the event will be distributed. Here at EDMTunes, we’ve put together which artists will be playing which stage(s). Keep reading to find out.

Even though the event was sold out, a few tickets were put on sale for one last chance to attend ASOT 2023. If you’d like to secure your place, click here. Also, check the full ASOT 1104 episode down below.