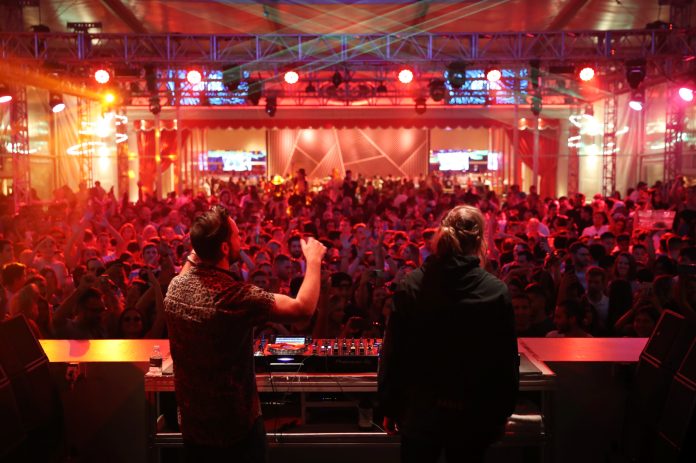 Beach club parties go hand in hand in Vegas as partygoers flock over during the fall and summer, but not so much during the winter. However that is about to change this upcoming winter thanks to Wynn Nightlife with their brand new “Winter Series” party concept. The new seasonal concept takes place right in between the biannual Art of the WIld series which takes place in the fall and spring.

While the temperatures don’t ever drop too low in the desert around this time like in other states, it can still get a bit chilly especially if you’re outside during the daytime. Wynn’s “Winter Series’ takes place at Encore Beach Club which will feature winter themed décor in a specially installed temperature controlled enclosing. Thanks to the insulation, partygoers will be warm during the indoor day party. They can expect enhanced audiovisual and production elements as well as a number of top tier artists to take the helms of this immersive celebration.

Dillon Francis will be kicking off the party series with an electrifying DJ set on December 10th and will be coming back after the new year to do it all over again on January 7th. For those needing a place to start their New Year’s Eve celebration early, RL Grime will be throwing down the beats on December 31st.

Tickets and table reservations for the Winter party series is on sale now over on Wynn’s official website here.

Upcoming dates and artists can be found below, with additional dates to be announced: