Home Music Saint Punk Takes Us On A Musical Journey Via His Emotive 14-Track... 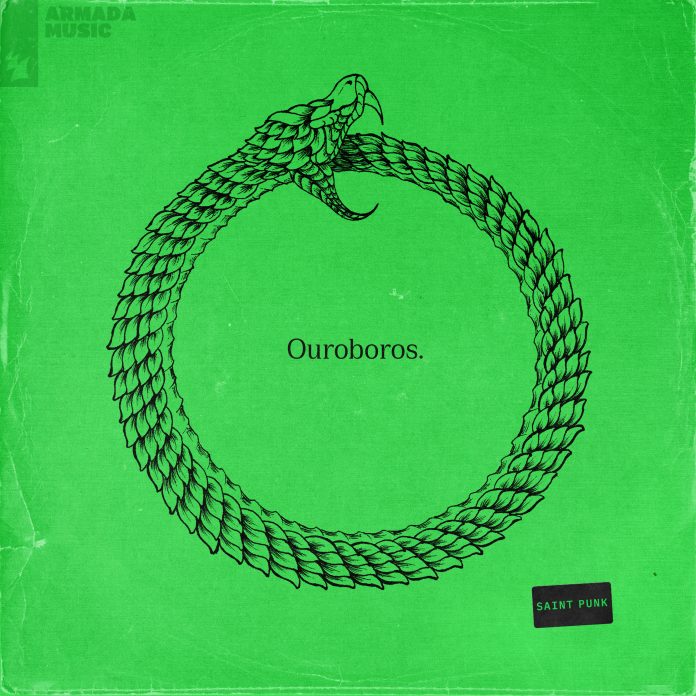 It’s always a great feeling seeing an artist drop a debut album. Today, we get to experience just that, courtesy of the Los Angeles-based Saint Punk. I say this, as he’s dropped his debut, 14-track album titled Ouroboros. In the past, we’ve written about Saint Punk countless times, with the most recent one being for his remix of Ookay and Cesqueaux’s track, titled ‘The Pit‘. Today, we bring you to the present by writing about his debut ‘Ouroboros‘ album. If you’re a fan of Saint Punk, you’re going to want to check this out.

Saint Punk‘s ‘Ouroboros‘ is the perfect reflection of the ongoing war of human emotion raging within quite literally, all of us. I say this, as ‘Ouroboros’ can be perceived to have no beginning or end. While experiencing ‘Ouroboros’, listeners can expect to feel emotions of confusion, euphoria, excitement, and even slight depression. It is plain to see that through his music, Punk is channeling a raw emotional force. One that flows through him, and into his music. Having said this, it’s easy to see why Punk has listeners coming back for more, time and time again.

Through it all, the contrasting sentiments of the fourteen tracks form a perpetual cycle where input means output. If that’s not the equivalent of infinite replay value, nothing is.

When asked about ‘Ouroboros‘ Saint Punk had the following to say:

“The ouroboros to me represents a neverending cycle”

“Writing this album felt like Groundhog Day, waking up only to repeat the same events the day before. Some time has passed since I’ve written these songs though and the ouroboros also has come to represent new life for me. That’s how I choose to see it now. A neverending force of momentum, pushing and pulling, grinding against the grain, to be born into something worthy of the effort. Something with purpose. It’s everything I experienced and felt in 2020, from anger to sadness to euphoria, depression and more. It’s basically a journal put to music.”

When you take into account what an ‘Ouroboros‘ actually is, the above statement totally makes sense. In case you didn’t know: an ‘Ouroboros‘ is an emblematic serpent of ancient Egypt and Greece. One that is represented with “its tail in its mouth, continually devouring itself and being reborn from itself”. This image also happens to be the cover art for Saint Punk‘s ‘Ouroboros‘ album, in case you wanted to see a visual example.

With a tracklisting 14 songs deep, Saint Punk‘s ‘Ouroboros‘ is a full-fledged musical journey. Having said that, the album is a whopping, 41 minutes, and 9 seconds long. If you’re looking for something to throw on for an afternoon drive, new music, or just into Saint Punk, then this is an album you don’t want to miss. Saint Punk‘s ‘Ouroboros‘ is out now on Armada Music / Graffiti Records, and can be streamed below, enjoy!