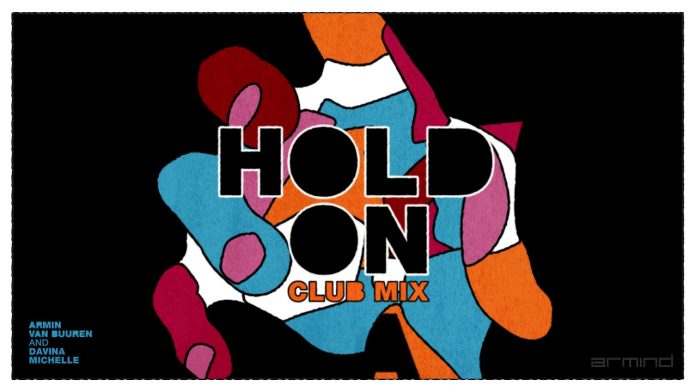 Armin Van Buuren has dropped a heated version of his original with Davina Michelle. The club mix of ‘Hold On’ will light up any festival and get your feet moving. This is the second collaboration between the dutch artists. They had success in 2019 when they released ‘Hoe Het Danst.’ This is still to date Armin’s only song in dutch.

The Club Mix of ‘Hold On’ gets energy flowing right out of the gate. Signature Armin synths hit us with a pumping kick. Davina’s glossy vocals come in taking over the track. The drop gets teased in the build-up as the pace picks up. We are sent into ecstasy and can’t wait to hear this track live. The 2nd drop very close to the end of the song has a different flair and intensity. I kind of wish that one went on a bit longer.

The trance producer surprised everyone when he presented the song alongside Davina Michelle at the Formula 1 Grand Prix. The race is known to attract some of the biggest names in dance music. The Dutch DJ just dropped a new album this month.  ‘A State of Trance FOREVER‘ celebrates 1000 episodes of ASOT.

Armin is currently on tour which you can check out here. He has a big State of Trance show in Russia coming up and will be at EDC Orlando in November. For now, you have to check out the club mix of ‘Hold On’ below!