If the motif of the 2000s is EDM‘s underground ascension, then classifying the 2010’s as EDM’s mainstream breakthrough is apropos. During this time the industry begins cultivating a nearly 24-hour news cycle which rivals all other music institutions. Inasmuch as EDMTunes provides unending coverage of dance music, its writers continuously consume copious amounts of comprehensive and relevant material. As a result, our database is full of editorials that help encapsulate the mood of any given era.

Experts in any subject matter will tell you that clairvoyance is a natural side-effect of the constant absorption of information. Markedly, expressions of this trait oft gather utilization in the form of an article. In fact, examples of this are prevalent throughout our archives of pieces that cover the last decade’s storylines. As an illustration, let’s commemorate the EDMT editorials of the 2010s that predicted the future. Which, by the way, EDMTunes only existed in the 2010s..

Certainly, online music streaming is already a major thing long before the 2010s kick-off. Correspondingly, most industry insiders assume consumption-by-streaming is the inevitable future for music consumption. Clearly, considering its article on the evolution of streaming, Muvi, the streaming services platform, is acutely aware of this. Notably, It details that some major players including Pandora, Soundcloud, and Spotify, are all up and running by 2008. Surprisingly, Apple Music only enters the foray in 2015. By then, Scott Lombardo composes an EDMT editorial describing some pretty sound premonitions.

This sentiment couldn’t be more apt for artists like Calvin Harris, Shawn Mendes, Justin Bieber, and The Weeknd. Particularly for Harris, who still continues to top lists for the highest-paid EDM DJ. Finally, Scott closes his editorial out with a call to action. “Take advantage of this shifting paradigm and explore new music on all the streaming platforms…” That is exactly what consumers are continuing to do to this day. So, as we move into the new decade, a struggle between artists and the giant streaming platforms looms, as a consequence.

2EDM’s Rise to the Mainstream

Ultra Music Festival was one of many EDM festivals that came under fire this decade.

At the precipice of 2020, it’s easy to see that EDM is now a powerhouse in the music industry. The chart above from the 2019 International Music Summit Business Report highlights this clearly. However, back in 2014, this outcome is less than obvious to the average listener. Around this time, dance music is still riding high from years of continual growth in its underground sector. From this, we begin seeing festivals reach enormous sizes, spanning several days. Additionally, superclubs start popping up left and right. With this in mind, EDMT’s Ally Greco is able to craft her editorial about EDM’s breakthrough into the Mainstream.

Ally keenly makes mention of her thorough consumption EDM as an EDMT writer at the time. Moreover, it’s safe to say, that is what creates the foundation for the ideas she expresses in her editorial. As her prophecies contend, EDM shoots straight to the top of the “most-listened-to” lists by the decade’s end. Thus, it’s now firmly perching on top of the music industry alongside pop and rock music. In closing, her piece leaves us with a very succinct statement from industry leaders, Above & Beyond. “We are the electronic music generation.“

3The Attack on Festivals

Marc Sarnoff, formerly on Miami’s Board of Commissioners, begins levying threats at Ultra Music Festival following its 2014 iteration. Yes, attempts to remove UMF from Bayfront Park begin to gain traction as much as 5 years ago. Although, the EDM institution is able to hold out until 2019 when it takes its talents to Virginia Key. Nevertheless, Sarnoff’s threats are what ultimately lead to EDMT writer Gideon Miller penning his editorial about UMF’s future being in jeopardy.

While his piece centers its focus on Ultra Music Festival’s troubles, it breeds a deeper insight into a broader issue for the industry. Surely, the attack on festivals is something that becomes a recurring theme late in the decade. Namely, Burning Man, which has become an institution in its own right, is the current festival under the microscope. From his editorial soapbox, Gideon makes the following prognosis:

As you can see, this belief isn’t an oversight at all. Several events around the world including UMF, Defqon 1, and others now face scrutiny on a regular basis. Furthermore, we now live in a world where subjects like sustainability and environmental impact are common topics of discussion. Who knew this would all become so integral to the state of the dance music industry? EDMTunes knew.

4The Proliferation of Live Sets

Stan Shkrobor flexes his prophetic muscles way back in the summer of 2013 when he expresses a need for innovation from EDM artists. in his article titled, “The Story of Growth, Success, & Monotony of EDM,” these themes become evident. In it, he discusses the monotony of the industry which, at the time, is under bass music’s domination. He conveys his thoughts regarding a hot button issue of a need for innovation, saying this:

As you might expect, months later, several innovative and ground-breaking new contributions dismantle the hierarchy of popularity within the industry. In 2013 alone, four new albums drop from Daft Punk, Avicii, Armin Van Buuren, and Gessafelstein. Dropping Random Access Memories, True, Intense, and Aleph, respectively all three contribute to a creative shift in the decade. Following those up, is Porter Robinson‘s Worlds, debuting in 2014. All these albums upended the current landscape of the industry and are some of the greatest albums of the decade. In particular, Avicii, AVB, and Porter help bring about the uprise of live sets, as seen in the video above. Check out any footage of Worlds Live or the True tour if you need to refresh your memory. With that in mind, there’s no denying how big 2013 is for the decade with regard to innovation. Furthermore, it’s now clear that the notions in Gideon’s editorial aren’t as fortuitous as once thought.

Our last retroactive gaze into the crystal ball of EDM comes from early May 2013. Just as the summer festival season is about to go into full swing, EDMT author Adi steps up to the editorial plate. In her piece, she decides to take shots at the dance music haters. Many of whom are forecasting the death of EDM (likely from the aforementioned monotony) with the changing musical climate. Conversely, she decides to go the opposite route making a strong statement that EDM is here to stay.

In hindsight, she is wrong about one thing- we can predict the future of EDM and didn’t need a DeLorean to do it. All we need is a mastery of the abundant subject matter and a space to share our foresight through editorials. Indeed, EDM is doing everything these days but dying. In fact, considering EDM’s meteoric rise to #3 in popularity of music, a strong argument can be made to the contrary. In closing, she leaves us with a felicitous sentiment: “The Rave Wave has taken over, let’s ride with it.” Looks like we’ll still be riding that wave well into the next decade.

As we put the final bow on the decade before sending it off into the annals of history one underlying feeling comes to mind: The 2010s were a beautiful gift to the dance music industry. Above all, with so much change and innovation, we have much to be excited about going into the new year. As always, EDMTunes will be here to help you navigate the influx of constant headlines. Stay up to date here with the latest premonitions in the editorials of EDMT. 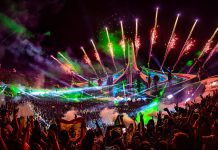 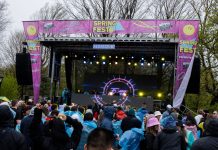