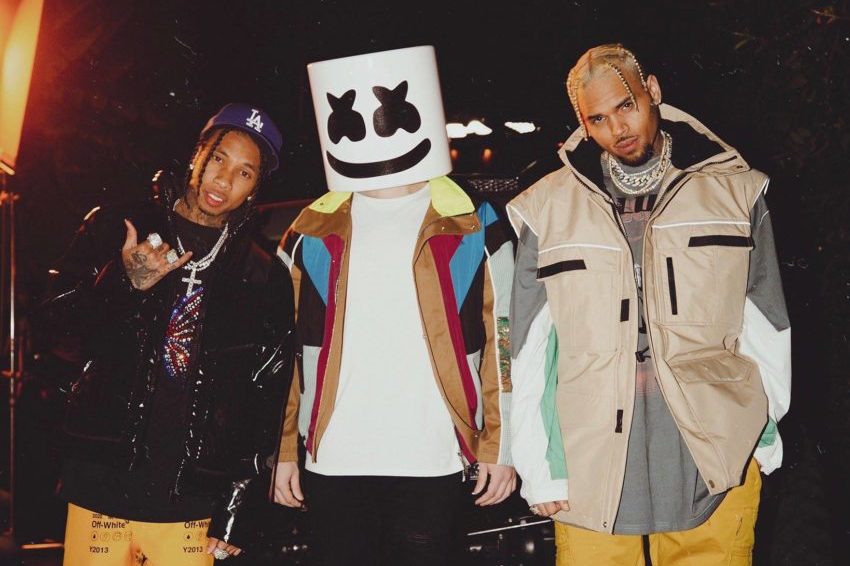 Marshmello is no stranger to the limelight, but his recent collaboration with Chris Brown and Tyga in “Light It Up,” has been garnering some unfavorable attention. In addition to public dissatisfaction, CHVRCHES, who had previously teamed up with Mello for the track, “Here With Me,” has also come forward to denounce the producer for the collab.

The Scottish band originally took to Twitter to express their disappointment.

“We are really upset, confused and disappointed by Marshmello’s choice to work with Tyga and Chris Brown…We like and respect Mello as a person but working with people who are predators and abusers enables, excuses and ultimately endorses that behavior. That is not something we can or will stand behind.” – CHVRCHES

Since then Chris Brown has lashed out in response. Commenting on an Instagram post he wrote “BUNCH OF LOSERS. these are the type of people I wish walked in front of a speeding bus full of mental patients. Keep groveling over you own insecurities and hatred. IM BLACK AND PROUD. AND I KNOW ITS HURTS THAT U GUYS ARE STRUGGLING WIT LIFE OR PEACE SO U ARE FORCED TO SEE MY SUCCESS. You aren’t even #2 (REMEMBER 2nd place only means YOU LOST FIRST! TA-TA. GOODDAY PEASANTS”

Of course, Chris Brown’s lengthy history of violence needs no explanation. In 2009, the world was mortified when pictures of his then-girlfriend, Rihanna, had surfaced severely beaten in his hands. The singer has since continued to collect assault charges. Most recently, Brown has been arrested on suspicion of aggravated rape in Paris. As for Tyga, his name was really pushed into fame after he started dating his now ex, Kylie Jenner, who was only 17-year-old at the time. Tyga has also been entangled in allegations of exchanging sexually inappropriate messages with a 14-year-old girl.

For reference, lead singer, Lauren Mayberry, has always been vocal regarding social issues—including those reflected on the #MeToo movement—so it comes to no surprise that she would take a public stance.

While, in the world of showbiz, no press is bad press, and Marshmello has yet to come forward with a response.