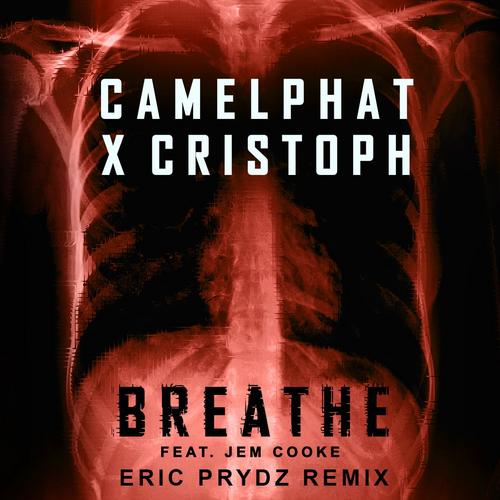 Late last year CamelPhat & Cristoph teamed up with vocalist Jem Cooke to bring you their dancefloor crushing anthem ‘Breathe‘. ‘Breathe’ was released to instant admiration from both dance music enthusiasts & DJ’s alike. The track has been a staple in the sets of both CamelPhat & Cristoph and doesn’t seem to be going anywhere soon. From the looks of things, the track just received a major facelift by the way of a rare Eric Prydz remix.

Earlier this year, Eric Prydz revealed he had been working on a surprise mystery remix and that it was the first he had done one in a very long time. Earlier this month, the remix was finally revealed as Tiësto featured it on his Club Life Radio Podcast. It goes without saying that this Prydz remix is one of his most anticipated tracks in recent memory. After checking it out I’m sure you would agree that it does not disappoint.

If you haven’t had a chance to check out ‘Breathe‘, you can do so here. Follow that up with this new remix, and you’ve got yourself a solid 10 minutes of immaculately produced dance music. With a run time of 7:25, this track is more than enough to keep you grooving. This is the type of track that you just might catch yourself with on repeat. Eric Prydz’ remix of CamelPhat & Cristoph’s ‘Breathe‘ is out now, and can be streamed below, enjoy!

Check out Eric Prydz Live from his new residency at KAOS Nightclub at the Palms Casino Resort in Las Vegas, Nevada, here.