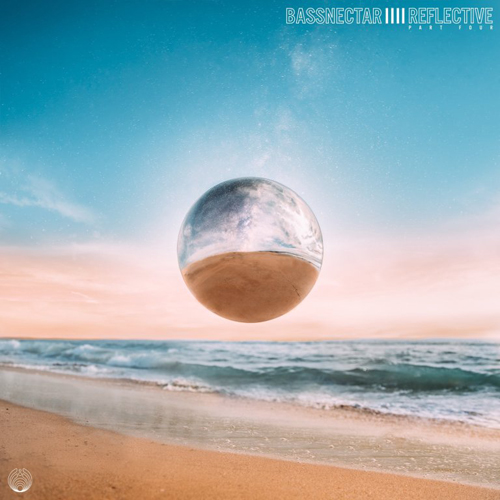 Despite popular demand, we haven’t seen a full album from Bassnectar since 2016. Instead, forfeiting his time focus on his Reflective series, he’s proving to us now that we aren’t missing out on anything at all. Fast-forward to 19 tracks released collectively in the first three installments, Reflective (Part 4) now brings another 7 tracks to the table.

Reflective (Part 4) starts with ‘Irresistible Force’, a track most suitable to introduce you to what is to come, but also throw you off guard with the relative chills vibe. Listeners are forced to dive head-first into things with next track fittingly named, ‘Dive’. Similarly, with this fresh EP announced just last week, ‘Illusion’ featuring Peekaboo and Born I, has already quickly become a head banding fan-favorite.

Incorporating some of the widest range of styles, there’s more than something for everyone. Additionally, collaborating with artists to the likes of PEEKABOO, Born I, JD, and Jantsen, this EP is full banging of hits that go from dubstep, to chillstep and beyond. If you think Bassnectar is predictable, Reflective (Part 4) will surely prove you wrong. Reflective (Part 4) is out now. Check it out down below!