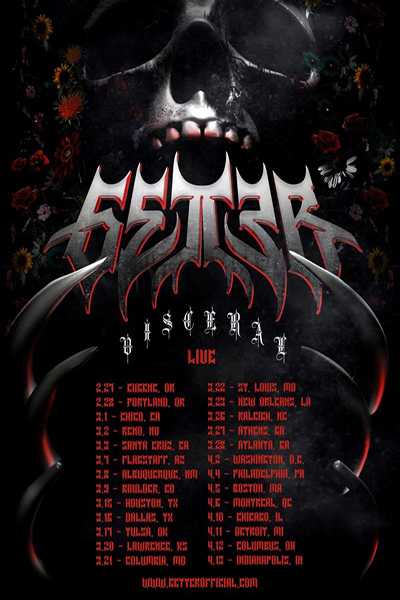 Electronic music DJ and producer Getter has just announced his Visceral Live Tour, where he will be showcasing his artistic sound in venues all over the United States. The tour will also make an appearance at BUKU Music & Art Project in New Orleans.

This announcement follows the release of his 12-track LP, Visceral, which dropped in late 2018 on the mau5trap label. Visceral showcases Getter’s artistic side, presenting a narrative of self-discovery and desire for comprehension. Getter has opened up about some of his personal struggles, and how this album is a platform for him to come to terms with these things. The Visceral Live Tour will feature songs from the album, among many other tracks & compositions.

Undoubtedly, the evolution of Getter’s sound is impossible to ignore. He has been vocal about his desire to continue pushing the envelope and experiment with new styles. In a Reddit response to one of his fans, Getter says, “…something about melodies and leads matching with chords and vocals just sticks so much more to me than a banger. Don’t get me wrong, i still love alllllll that hard shit. but i prefer to listen to it instead of create it.” The Visceral Live Tour kicks off on February 27, 2019 in Eugene, Oregon.

In addition to his tour announcement, Getter has made the music video available for ‘On My Way Out’ feat. Joji.  This is the final song on Visceral. Check out the video down below to experience this visual journey for yourself.