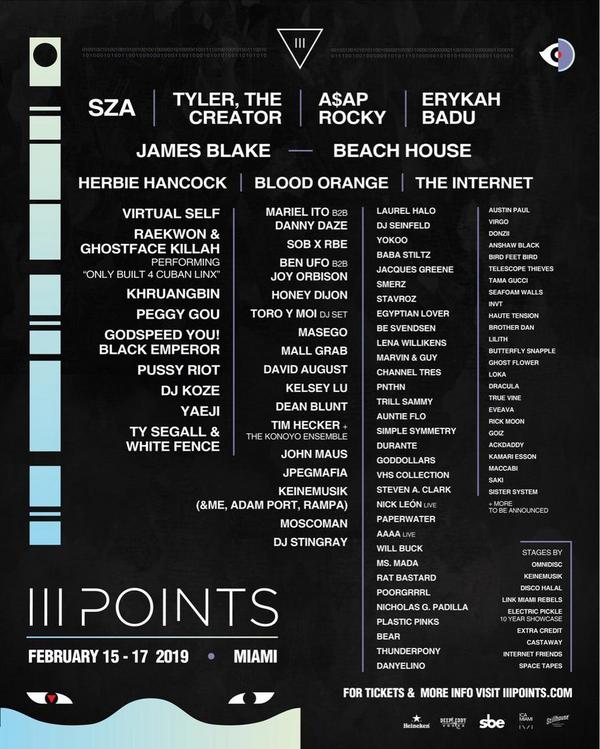 Returning for a sixth year, III Points Music Festival in Wynwood, Miami, has just announced their 2019 line up. Headliners include SZA, A$AP Rocky, Tyler The Creator, VIRTUAL SELF, Keinemusik (&Me, Adam Port, Rampa), and tons more. Staying true to their roots, the lineup features many unknown and smaller artists.

The festival, a true underground alternative music and arts festival has made its home in Miami’s art district for the past six years. Usually debuting in October, the festival has faced some rough times due to unforeseen circumstances. Hurricane Matthew nearly cancelled the festival in 2016, and although III Points went on, its headliner, LCD Soundsystem ended up bailing. Then, Hurricane Irma caused disruption again in 2017, along with a Zika craze causing widespread panic. In May, organizers made the decision to “fully respect Mother Nature” and move the festival to February 15-17, 2019. 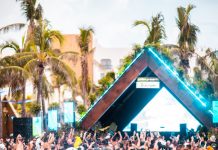