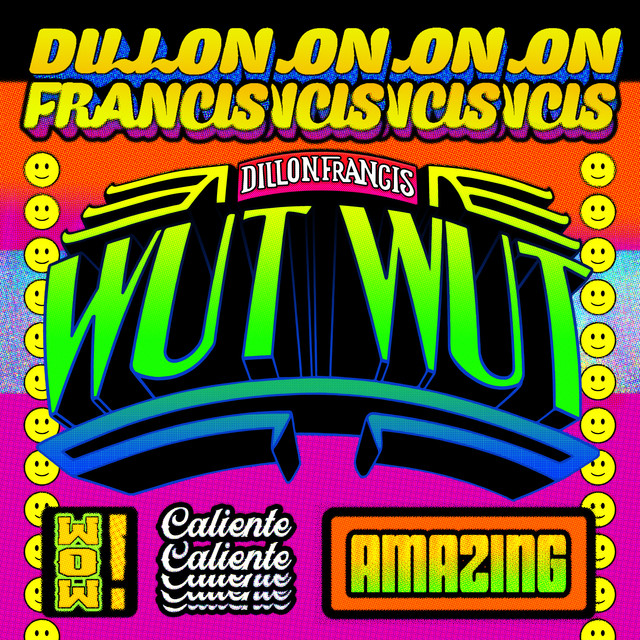 WUT WUT, Dillon Francis‘ Spanish-language album is finally here after months of anticipation. Filled with sultry Latin moombahton vibes and vocals, it delivers what fans have been waiting for since ‘Ven‘ was released in January. From start to finish, this album shows off how Dillon has matured as an artist. There is a clear vision for how each track fits together, from sound design to energy.

Opening with the most recent single released, ‘White Boi‘ featuring Lao Ra, the transition to the first unreleased track ‘Esta Noche’ slowly reveals what the rest of the album will be like. Featuring Ximena Sariñana on vocals, this track is unassuming but incredibly enjoyable. It’s one of the more subdued songs on the album, letting the Spanish vocals really shine.

‘No Pare’ is the next unreleased song, slightly more upbeat with the Miami-based Latin singer Yashua. The triplet vocal pattern fits perfectly with the moombah feel, and the chorus is catchy as hell. This leads into arguably the most well-known single from the album, ‘Sexo’.

‘Never Let You Go’ premiered in July, and was made with Puerto Rican artist De La Ghetto.

“This was the first song I started making when I embarked on this Spanish language album back in August 2016 [..] De La Ghetto was the first artist I got in the studio with […] He fully understood the goals I had for this album and it was incredible to have an artist at his calibre vibing to my music!” – Dillon Francis

‘Look At That Butt’ was released as part of Dillon’s prank on DJ Snake in retaliation for the famous cell phone number incident at Ultra 2015. It features similar Arabic vibes that can be heard on ‘Get Low’ and the signature moombah roots anchor it securely to the album despite the playful lyrics.

Next up is the explosive bass of ‘Cuando’ featuring Dominican rapper Happy Colors. The beat here is a lot more intense, with radiating bass and a lot more space for lyrics and light drum licks. Crank up the subs for this one, it leads perfectly into ‘Ven’.

‘BaBaBa’ is a crazy fun ride that will keep you on your feet, with two subtly different drops. While still distinctly moombah, Dillon’s ability to make you genuinely laugh with the seemingly child-like voice screaming “clap yo hands motherfucker” at every opportunity defines his personality perfectly. ‘Get It Get It’ finishes the album off, a primarily instrumental piece the round things out.

Listen to the entire album below!