Is Facebook slowly becoming a “has-been”? Well, we know that some millennials are not even using it anymore, making all their posts through Instagram and sharing them on Facebook just if they feel like it. This said, sharing a story on Instagram has never been so easy – so Facebook has had to learn how to keep up with the feature in order to stay in the game. Facebook Stories, with similar characteristics than Instagram, came to the rescue to enable users to share their pictures in a fast and effective manner. But the hype has not been the same.

To deal with the low percentage of users sharing Facebook Stories, the social media giant is introducing new functionalities to the tool that are currently being launched in India and will be shared later at a global scale. So what are these new tools? Let’s go through them:

Before launching these updates, Facebook did a field trip to India to find out what people really wanted in order to make the most out of their Stories. As it turns out, an archive of Stories seemed to be an assertive move; they noticed that many people don’t have enough space on their phones to store content and instead rely deeply on the social network to keep their memories alive. With the archive, stories are automatically saved after expired; users can still access privately to their clips, either to check them or to re-share them on their News Feed.

Have you ever been about to enjoy a tasty brunch out with friends, just to have your Insta buddy ask you not to touch anything before he/she makes a Story out of it? If you have, then you might be glad to know that Facebook is launching a Save option, so you can do your story now and post it later. It’ll save you from interrupting a memorable moment just to wave your phone in the air.

“Saving photos and videos can be used to save what you might want to post later – So you don’t have to edit or post them while you’re out with your friends, and instead enjoy the moment at the concert and share them later.”

Though the waving of the phone could not be avoided, this new feature will certainly reduce the time of waiting before you can actually start to enjoy your meal.

During their journey in India, the Stories team found that photos and videos are not always the best way to share content. Camera-shy people or users with a poor quality camera wouldn’t share as many videos as expected. Voice clips turns out to be a great solution to this, as it aims at enriching the user experience. Hayes says:

“With this week’s update, you will have options to add a voice message to a colorful background or a photo from your camera gallery or saved gallery. You can also add stickers, text, or doodles”.

Of course, Stories will not be the only way of sharing content, as text options will still be available. However, if users want to reach more people with their thought, Stories will gradually be the way to go. 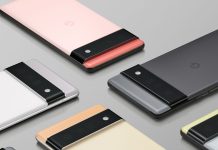