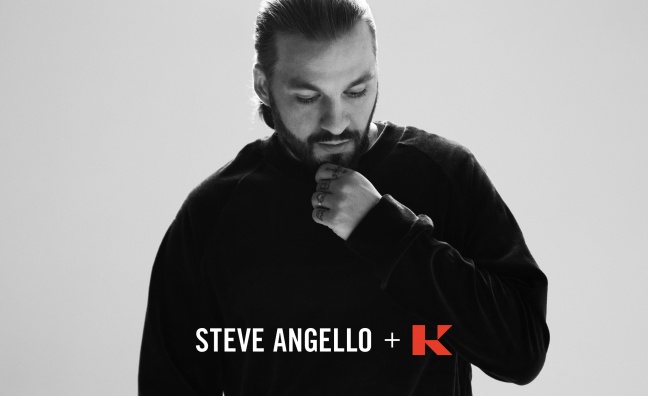 Kobalt and Steve Angello have signed a multi-faceted worldwide recordings deal – including a partnership with Angello’s own label, Size Records – prior to the release of his new three-part album. Through the deal, Kobalt will provide services such as digital and physical distribution, marketing and synch licensing.

Steve Angello has been a frontrunner in the electronic music scene as part of multi-platinum selling trio and Grammy-nominated Swedish House Mafia for years. Even after the group parted ways, Angello has continued producing hot tracks with his debut solo album ‘Wild Youth‘ on Size Records.

The next album will be released in three parts: Act I – Genesis, Act ll – Inferno, and Act lll – Paradiso. Kobalt will provide marketing support with their ‘Spotify Artist Subscriptions’ that fans can sign up for and automatically receive all of an artist’s Spotify releases in their library. A subscription has already been launched for Steve Angello as he unveils tracks in the new album.

‘Breaking Kind’ and ‘Rejoice’, both from Genesis, are available for streaming on Spotify. Fans who subscribe will also see songs from Inferno and Paradiso pop up in their libraries.

Partnering with Kobalt gives Angello support with marketing to deliver the vision that he has for a groundbreaking record. The spirit of creativity and innovation that both parties have will lead to music that shakes up the scene.

Kobalt’s Managing Director of Kobalt Nordics, Johan Ekelund, said in regards to Angello: “As an artist and creator constantly breaking out of borders, musically as well as in the music industry, we’re confident his upcoming releases are going to break new ground.”