GRiZ will close out his summer festival touring with a Denver double-header, playing two consecutive sold-out dates at the famed Red Rocks Amphitheatre on September 1 & 2 — the first of which will feature the debut of the GRiZ Live Band.

Along with the tour announce, GRiZ just dropped a stellar remix album to follow up his previous ‘Good Will Prevail’ album which was released by his own imprint All Good Records.

You can see the full list of tour dates below. 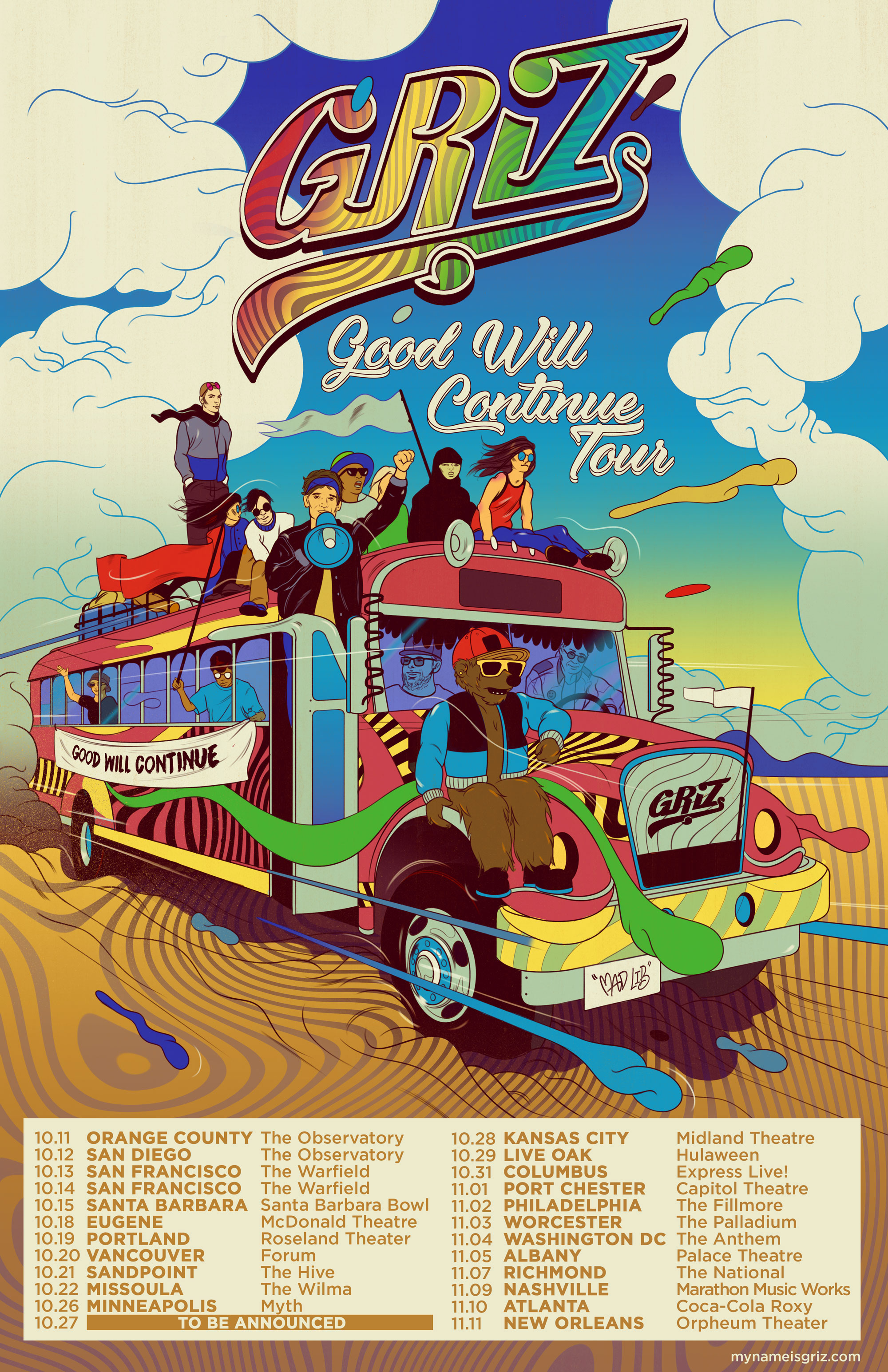