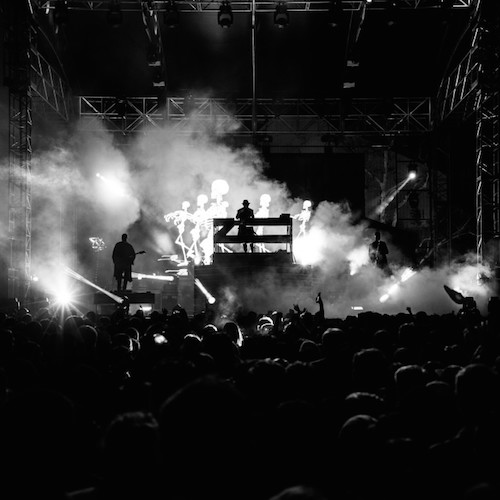 Over the last couple months ZHU has jumped into the spotlight with the release of his two new singles “Nightcrawler” and “Intoxicate,” as well as the teaser for his upcoming collaboration with Nero. The new music showed a darker side to his music, and keeping with that theme came the announcement of his ‘Blacklizt‘ event at a secret location in New York City. ZHU provided only one rule for the event: every attendee must wear all black or they would not be allowed in. ‘Blacklizt’ went down this past weekend, and of course there was that one fan who decided to try and bend the rules by sneaking a white hat into the event. A fan standing behind the man in the white hat decided to record the introduction to the set, and continued recording as ZHU got on the mic to point out the man wearing white. The crowd began chanting “Kick him out,” and ZHU himself joined in on the chant until the man exited the crowd. While it does not seem like the fan was actually removed from the event, he refused to remove the hat for the duration of the video, and it made for a pretty funny moment. You can check out the video of the incident for yourself below.
Tweet
Share
Pin
Share
0 Shares