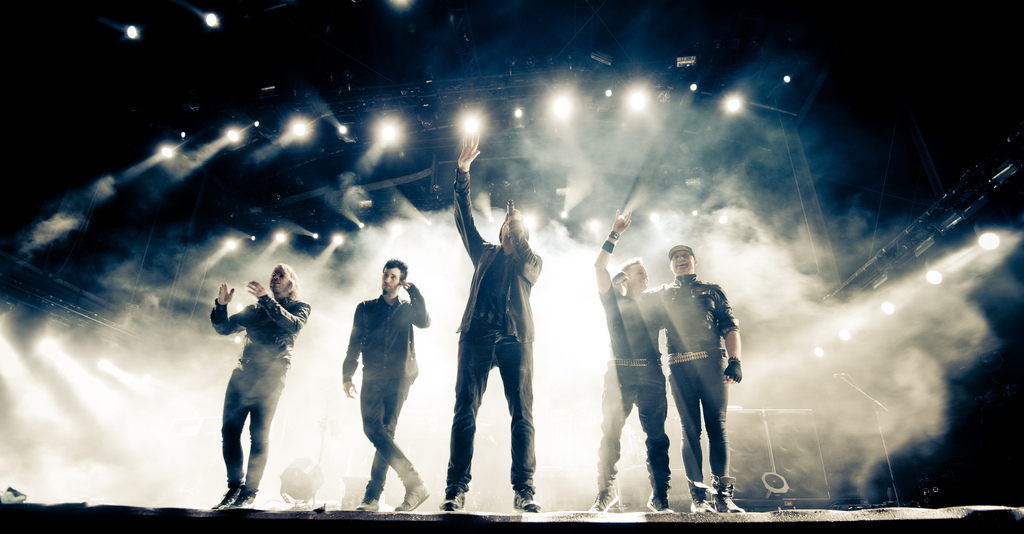 Ultra Music Festival 2016 was packed with wild moments. That being said, it seems only fitting that some of the event’s craziest antics took place during the last main stage set of the weekend. Even though it might have been the most hyped finale since Swedish House Mafia’s final performance in 2013, Pendulum (performing live for the first time since 2011) and Knife Party exceeded expectations thanks to a little help from two very special guests.

First, during Knife Party’s set, Rob Swire and Gareth McGrillen brought out legendary Rage Against The Machine guitarist Tom Morello. We already knew that the trio had a collaboration in the works, but no one could have predicted this surprise.

Luckily for us, the Pendulum guys still had some tricks up their sleeves. For their final song, they received a little help from deadmau5 for a stupendous live rendition of “Ghosts N Stuff”. Judging by the video, the 2009 track, which is a collaboration with Swire, still goes off today. This performance proves that the electronic music community is more than ready for a Pendulum return and we can only hope that we are presented with new music and tour dates in the near future.