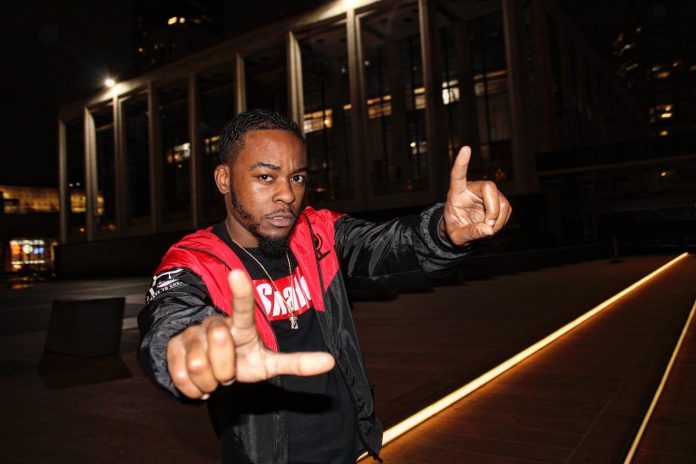 Born in New York, NY, Warren Wint was brought up in Elmont, Long Island, one of the smallest towns in New York, but it’s still influential. He grew up with a profound passion for music and spent many hours listening to top artists as a child. Warren was intrigued by the untamable power of music and decided to dedicate his life to the craft. He has since learned and mastered the art of creating music, settling on hip-hop as his sound of choice. To Warren, hip-hop breathes a whole new life into him, thanks to its lyrical and soulful essence.

With a love for poetry and musical influences like the late Michael Jackson, Tupac, Sade, and J-Dilla, Warren created his sound, the “Warren Wint Sound,” which infuses various hip-hop elements with an electrifying touch drawn from pop, neo-soul, R&B, jazz and gospel sounds. He has also established his niche as an inspirational artist preaching hope and belief to everyone around the world. He is also the founder of MWT Entertainment, a top independent record label.

Warren is an outstanding artist, singer, and songwriter today. He has also released the hits “Maybe,” “One of a Kind,” and “L.I.O.N,” among many others. Warren’s other top career milestones include a feature in MTV’s TRL Breakfast Bars with Sway, Sway’s Overtime Freestyle, features on multiple shows on Shade 45, Rock The Bells, and a Billboard Magazine write-up. He also featured in “Wu-Tang Clan: American Saga” on Hulu and performed at the Billboard Lounge at Barclay Center. He has also been featured on 300 Unplugged, Hot 97’s Who Next, and interviewed on Hot 97 with DJ Drewski on The New MVMT.

The young father released his sophomore album, Father’s Favorite, which was released through the 1 Stop Media label via Rival Distribution June 2021. The album was a special project for Warren as he draws inspiration from his experiences with emotional support and his love for God. Father’s Favorite expresses Warren’s faith and exemplifies his confidence with a dream to positively impact others. Warren has recently released his latest single “Growth” on 12-30-22, gearing up to release his third album, The R.A.P Album, January 2023. Warren says R.A.P stands for “Really Apply Pressure” as he believes he has always been ready but hasn’t acted or move accordingly and that now is the time!

Warren credits his success as an artist to his unparalleled work ethic and desire to be the best. According to him, mastering the art of being loyal to yourself and your dreams is the key to success. You need to be able to overcome the opinions of the naysayers who have nothing to offer. “Sometimes all it takes is you staying true to yourself and loving YOURSELF to remind you,” he says.

Warren advises others to focus on their dreams but stay true to themselves. He also says not to be hard on yourself. Keep a tight inner circle of trusted, like-minded individuals for times when you may not be able to see all of what’s in front, behind, and around you. “I put my lessons in my music and through my posts on social media—you can learn a lot,” Warren adds.

Warren now envisions scaling to become one of the most celebrated artists in the country. He wants to release more music to inspire and positively impact the lives of others. He also wants to nurture other young talents through the MWT Entertainment record label and see them become the next superstars. Aside from music, Warren also wants to pursue his entrepreneurial and gaming passion and help others to chase their dreams.