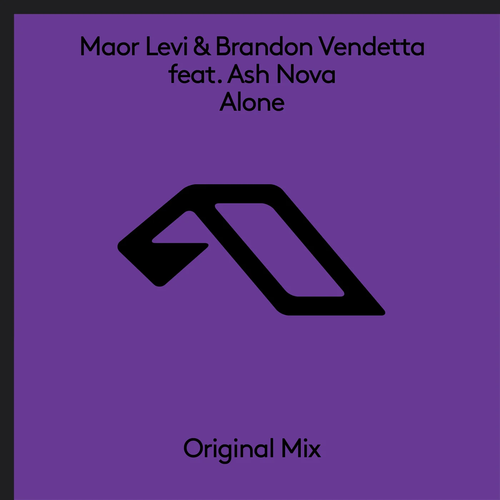 Maor Levi is starting this year as strong as it gets. The Anjunabeats veteran has teamed up with Progressive Trance producer Brandon Vendetta and duo Ash Nova for ‘Alone‘, his first release of 2023, carrying the momentum from past years. This way, the producer who, during the last 24 months worked with artists such as Armin van Buuren and Yahel and even held a remix competition on his track ‘Am I Dreaming?’, kicks off his 18th year in the Electronic scene.

As for Brandon Vendetta, this collaboration marks his third-ever release, after remixing Elysian‘s ‘Moonchild’ back in 2020, and working alongside ALPHA 9 on ‘No Time To Talk’, the eighth song on his debut album New Horizons, just out of the oven. Brandon has released all of his works on Anjunabeats so far.

The song is a fun example of when two artists and their styles merge together rather seamlessly. All throughout the track you can hear Maor’s iconic Electro-heavy sound design with fastly panned vocals, distorted textures and raw growls, as well as Brandon’s airy atmospheres and tasty rolling basslines. Ash’s vocals sit in the middle of a very kind and open break. You can kind of point out which parts are more leaned to which producer, as the spacey drum break is followed by a sequence of reversed saws, dry elements, and a big beat. Certainly a great first collaboration between the two.