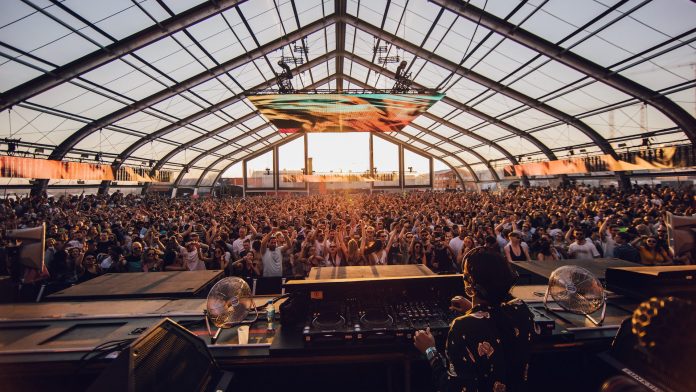 On April 7, 8 and 9, DGTL’s flagship edition in Amsterdam will kick off the 2023 Festival Season with a very special collaboration with Boiler Room. For its upcoming 10th anniversary in Amsterdam, DGTL has invited the iconic platform to exclusively take over one of its 8 stages during the upcoming Easter weekend.

Having previously worked with DGTL India in December 2022,  the DGTL Amsterdam partnership marks a triumphant comeback for Boiler Room, which hosted the first edition of Boiler Room Festival in Amsterdam last November. Headlining the BR stage across the three days of DGTL, amongst others, are British star DJ/producer Bonobo and significant artists like Budino, Bambounou & Valentina Luz – who have all appeared on the world-renowned BR channel before.

To celebrate their decade anniversary DGTL have created a true melting pot of over 90 artists, covering a broad spectrum of electronic music. Expect dazzling performances by some of the most renowned names and spectacular live acts electronica has to offer, alongside many new sounds to discover. DGTL’s partnership with Boiler Room carries on this spirit of musical discovery and inclusion; BR’s first festival edition in Amsterdam touched on a multitude of subcultures, genres, and scenes. Just like at DGTL, Boiler Room Festival visitors were also able to experience the best of music and culture from the next wave of forward-thinking collectives pushing the narrative forward within club culture, cross-cultural exchanges, and special live performances.