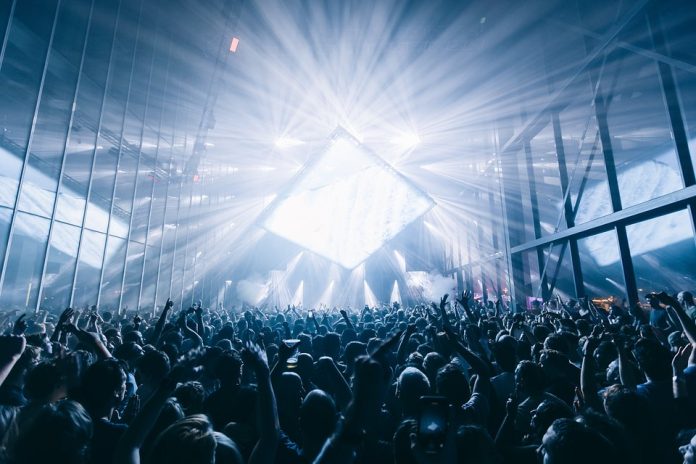 Groundbreaking Dutch electronic event Audio Obscura steps into its tenth year in 2023 with big plans ahead. Founded in 2013, Audio Obscura is a platform and movement born out of love for underground electronic music. It’s ethos for hosting events in the most unusual, breathtaking locations that Amsterdam has to offer has seen it rise to become one of Europe’s most lauded electronic music promotions. It claims to reshapes the landscape of dance music by bringing the legends of tomorrow to the most iconic historical venues of the world. Along with this dedication to diverse architectural surroundings, they have also been one of the foremost proponents of positioning the DJ at the centre of events visually, highlighting their status as a musical conductor of sorts.

No dream has been too big for them location-wise, taking over hallowed venues in their hometown like het Rijksmuseum, Amsterdam Centraal Station, the G-Star RAW Headquarters, A’DAM Tower’s The Loft, Gashouder and Muziekgebouw. These spaces which are usually off-limits to clubbers have played host to some of the greatest legends and biggest newcomers of the last decade, including Adriatique, Peggy Gou, Underworld, Charlotte de Witte, Joris Voorn, Solomun and many more.

Unfold.art is their new audiovisual concept staging large-scale installations which meet at the intersection of art, new media and technology. Taking place in Amsterdam’s iconic Gashouder from January 6 to February 5, their debut experience SORA will feature an Audio Obscura takeover on January 28 where Adriatique, Henrik Schwarz, Nadia Struiwigh and SORA creators NONOTAK will all perform live amidst this huge kinetic light artwork. Unfold.art and Audio Obscura can now reveal that looking ahead they will be expanding the series internationally, with London, Los Angeles, Miami, and New York to be the first cities on the docket.