Home Music News Paper Mag Goes Inside Berghain For 36 Hours – Here’s How It... 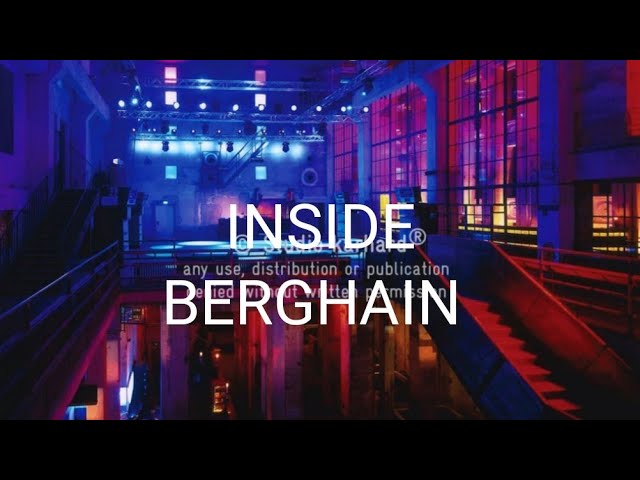 Paper Mag did what few have been able to accomplish – enter Berghain. Nightlife it-girl Linux takes you behind the velvet rope and into the VIP section of the infamous techno haven. Linux dishes out details on what really happens at these party-of-the-century nights. Firstly, Berghain opened in 2004, with history dating back to the early 90s. Owners Michael Teufele and Norbert Thormann rebelliously threw the underground party “Snax”. It highlighted cutting-edge techno with gay sexual liberation and immediately garnered a permanent spot at Ostgut. The duo has opened other expansions including Panorama Bar and Lab.oratory. They settled into their new forever home, Berghain, an abandoned 1950s power plant owned by Vattenfall. Thus, the legend of the elusive and renowned, most exclusive, hard-to-get-into venue was born. The club even denied Elon Musk entry.

There is nowhere like Berghain, as many have told Linux. The New York Downtown socialite has been less than impressed by all the events, parties, and clubs out there now. Will this challenge her thoughts? She boarded a flight anticipating a once-in-a-lifetime clubbing experience. After touching down and arriving at the club, bags get checked and entry is paid for (20 euros). Her wrist gets stamped and grants entry from Friday evening to Monday morning. Fear of showering intensifies, as you do not want to lose that stamp for re-entry. Now, preparation for partying for 36 hours begins with an anticipated nap in between.

Volvox headlined the entire weekend in the main room and closed out the entire weekend. The marathon continued late Sunday evening until early Monday morning. Volvox is a veteran of the venue, playing a standout techno set. Linux let friends she knew to guide her through the weekend. The energy inside is young, fun, and exciting. It makes sense because she lost her Berghain virginity. She vanished in the 40 ft ceilings, long hallways, winding oxbow, and numerous staircases. Regulars informed her that after years of attending, new passageways still reveal themselves.

“Countless people from all walks of life, countries of origins, tax brackets and sexual orientations come to this techno center of the universe with one common attribute: coolness.”

Although the venue carries the stereotype of an “Eastern European drug den”, there is a strict no drug policy. However, if you know you know and once you enter, all debauchery commences in the many bathrooms. But you must be expert about it. There is no limit in there, but you might find yourself spending at least 30 minutes in there with multiple people, multiple times. Don’t let peer pressure stop you from having a good time though. Berghain’s own energy will get you high.

“Go early. Don’t try to cut the line. Know who’s DJ-ing that night. Dress casually — jeans and a T-shirt is best. Don’t go in a big group. Don’t be too young. Don’t joke or laugh in line. Don’t speak in the line. Or if you must, speak German.”

She ends the 36-hour weekend in Germany with new friends, a new addiction, and a new person. Rumors of Berghain shutting down are tragic. Hopefully, it won’t be anytime soon. Perhaps Linux will be back to report her second time there and how it compares to her first.

Read the entire experience here on Paper Mag’s website including a cheat sheet on what to do. Check out the interactive door simulator, BerghainTrainer, if you feel like you’re missing out.