Home Music News MDMA Medical Treatment May Be Available In U.S. Hospitals By 2024 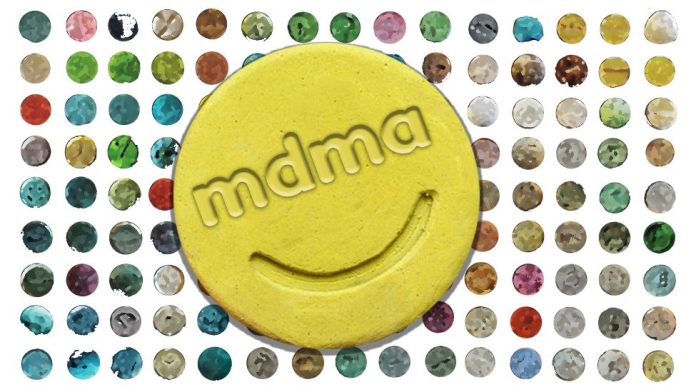 Over the last few years, there have been countless studies speaking to the benefits of MDMA medically. The chemical compound in ecstasy pills has been linked to treating PTSD and depression. News is that MDMA treatment may be available in U.S. hospitals by 2024. This would undoubtedly be groundbreaking for a drug that has had a history of being looked down on.

Researchers will begin the process of gaining drug approval from the US Food and Drug Administration (FDA). In the next 12 months, they hope to have it passed. The new trial that led to this effort saw 90 patients with severe PTSD given either a placebo or an 80mg – 120mg dose of MDMA. This is a similar dose for recreational use. They then undertook a 90-minute session with therapists to talk about their experiences.

Patients wore eye masks and were given headphones, which played music while they sat with researchers to see how they reacted. After that, they were given a smaller booster dose of 40-60mg around two hours into the treatment.

88% of participants had significant improvements in their symptoms after their third therapy session. 67% saw immense progress that they no longer showed enough symptoms to be diagnosed as having PTSD.

In the placebo group who received no MDMA and only counseling 33% of its patients were cured of PTSD. Researchers found that MDMA created “feelings of trust and closeness”, which helped them to open up to psychiatrists and rationalize their trauma. Hopefully, FDA passes it through so more patients can begin to receive treatment. It is better for our society and mankind overall.