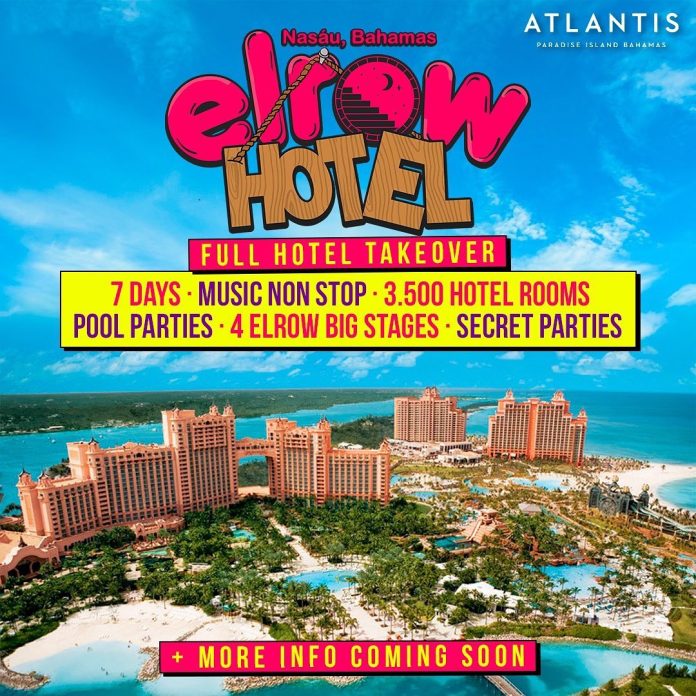 Many thought elrow released some big news this morning (December 28). As a matter of fact, elrow announced that they would touch down in the Bahamas at the famous Atlantis Hotel, Paradise Island. The experience was promised to be a complete hotel takeover, which means the hotel would feature all of elrow’s themes. The company also planned to fill out 3,500 rooms, with each and every one of them including the usual confetti and madness that only elrow is known to offer. However, this was just a prank from the executives, as it is tradition to do for them on this day. Check it out on the Facebook post below.

As a matter of fact, the Spanish company is known to fool its fans on December 28, which is Spanish Fool’s Day (el Día de los Inocentes). elrow had many fooled by how detailed the event was described. They promoted the Mayan Temple’s iconic Leap of Faith slide, some 11 pools with non-stop music, secret stages with international DJs, and eve night parties on the 4 XXL stages designed especially for this occasion. Obviously, when you read it fast, like any other post about an event, it’s very easy to get caught, which I’m sure many did, just like us.

Interestingly enough, this is not the first time that elrow taunts fans with the idea of an event in the Bahamas. Back in 2018, elrow announced Cave Cay Island, the first electronic music theme park on an island in the Bahamas. Who knows what the future holds for elrow. Surely, many thought that an event like elrow Island would be a joke too a few years, but they achieved it in the end.