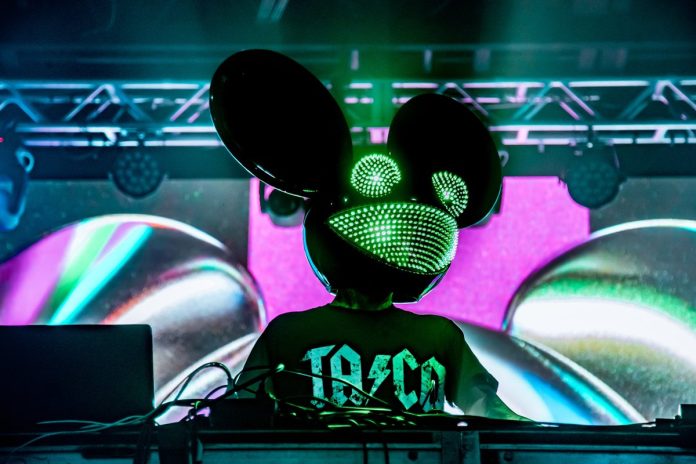 Deadmau5 shared on social media how wearing his iconic mouse helmet caused him spinal injury and damage. Real name Joel Zimmerman – shared an x-ray image of his injured spine, captioning the post: “”Wear a mouse head” they said. “It’ll be fun!” They said.”

And while on an interview with Kaskade for their duo project Kx5, Deadmau5 appeared on the morning news channel KTLA where he said: “I’m going back to my chiropractor tonight actually for some X-rays.”

“It looks heavy, it looks like it would hurt,” TV presenter Lu Parker said, to which he replied: “a few doctors would agree.”

Known as the ‘mau5head’, the iconic mouse head made its debut in 2008 at this set at Nova Scotia. Following that, the helmet became an icon and followed Deadmau5 across the world. All while having its design evolving through the years with LED lights and different colors.

Last year deadmau5 hinted at his retirement from music commenting that he is in his “musical sunset years” and that he will “respectfully hand down the reigns and soon hang up the mau5head”.

Today these health concerns related to his performance will definitely be a factor in his decision to retire. Whatever the decision will be, related to helmet use or the next steps in his career, we wish Joel a fast recovery and all the best for his health and wellbeing.