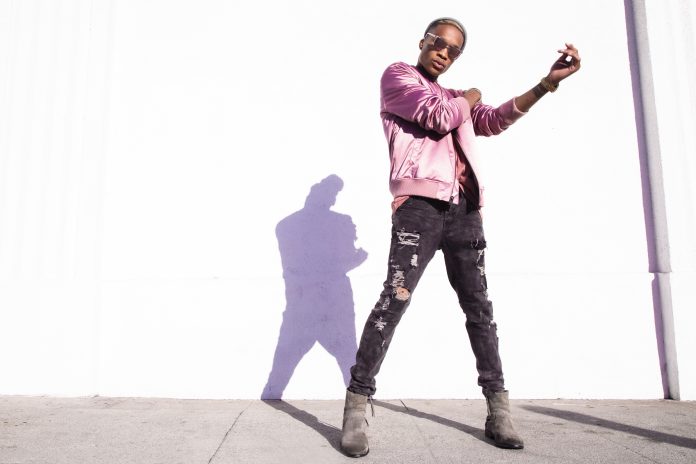 Chris Pop is a Nigerian-American artist from Atlanta, GA, with a unique sound that draws influence from many different genres. He grew up listening to many artists and was drawn to those with unique voices, such as Pharrell and Michael Jackson, and he always aims to create music that feels new and different.

Although life has been beautiful at times and a disaster at others, Chris is a complete lover of creativity and has been drawn to it in many forms like a magnet. He has been a painter since the age of 14. Chris started making music in 2012 after a guitarist friend listened to him sing and complimented his incredible vocals, giving him a big confidence boost. Some musician friends also encouraged him to learn how to engineer, mix, write music, and sing; he has not looked back since. As an artist, he happened to get into a bad record deal, but he luckily managed to get out of it in 2017 and has just been refining his skills and creating more music.

Chris has always been immersed in great music, as his grandfather, father, and older brother were all avid listeners of incredible tunes. Thus, he was given a cheat code, in a sense, because of everything they exposed him to. However, the singer’s journey has not always been smooth. He shares, “Losing my grandfather in 2014, who was my family’s rock was probably the hardest thing. He was an incredible patriarch and brought my whole family out of poverty in Nigeria. I’ll forever be grateful, and I talk to him every morning when I wake up. Another major challenge I faced was finding my art to be an acceptable quality. Nonetheless, I have had to work hard to stop judging my work prematurely and allow the process to flow uninterrupted.”

The Nigerian-American artist draws his inspiration from studying the greats. “I tended to listen to everything as a kid and grew up on Teddy Pendergrass, Sade, and Fela. As a teen, I was also exposed to rock bands like Sublime and Incubus. My music exposure was incredibly expansive. The two most influential artists to me growing up were Michael Jackson and Pharrell. Both were incredibly innovative in their respective eras and really spoke to my desire to express my individuality,” Chris reveals.

As an independent artist, Chris writes, records, and engineers his music. However, he sometimes co-produces, and some of his favorite producers to have worked with are Mic Coats and Dreamlife. When asked about his most significant career accomplishment, Chris mentions, “I am yet to see my greatest achievements as I always strive for more. However, getting the chance to perform on stage with Eric B. & Rakim is one of my favorite moments. Sharing the spotlight with musical royalty gives a person an incredible kind of aura that cannot be replicated.”

Chris says to stay tuned if he’s an artist you have yet to encounter. He recently released his latest single, ‘Bad Baby‘ a complete pop, soul-dance house crossover with a catchy hook. The singer has a great library of music in store for us. He says, “I have a few more singles I’ll release in conjunction with an EP and album in mid-2023. As with all my music, I’ll touch on different vibes, emotions, and experiences. Music for the soul, music for the party, and music for the lonely hearts.”