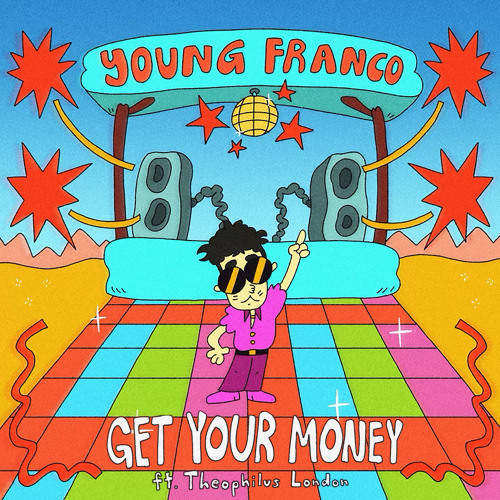 Throughout Young Franco’s career, he’s put together a handful of impressive collaborative tracks. Having released music with artists including Denzel Curry, Pell, and Cabu, Young Franco has really grown through each collaboration. His newest track is yet another interesting collaboration but this time it’s with Theophilus London on their track together called ‘Get Your Money’.

Young Franco’s new song with Theophilus London is an impressive one as he features disco sounds from the 70s making the track already quite unique. Adding in Theophilus London’s vocals was core to the track as well as it gives the song a more throwback feel to early disco era. When describing the song, London stated the following, “Franco bounce the beat and get the party going up to the morning.”

Young Franco’s new song with Theophilus London is out now on Astralwerks make sure to check out “Get Your Money” below now!