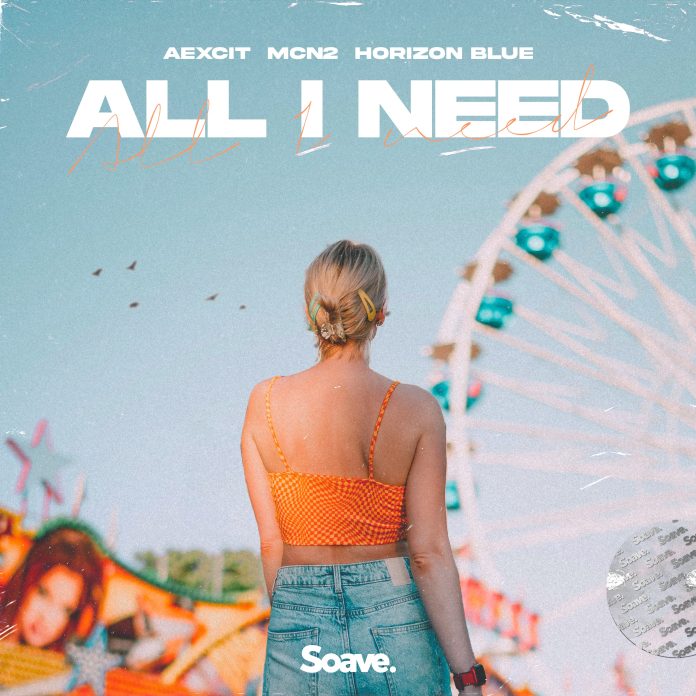 This week, Aexcit, MCN2, and Horizon Blue drop their new single titled ‘All I Need’ on Soave. Nearly a decade after their formation, Aexcit have become a memorable duos in the electronic space. Their innate ability to write catchy dance music gave rise to their success. Most notably, their cover of ‘Dancing In The Moonlight’ released via Soave continues to make waves as it surpasses 12 million streams. The German duo teams up with producer MCN2 for another smooth instrumental ready for the final touch. And who else to deliver the magic other than Horizon Blue? The Dutch producer and songwriter boasts over 1.5 million monthly listeners and has teamed up with Soave for a string of releases from 2022 and beyond. This delightful collab has all the elements you need from a chill house tune: charm, a sense of inspiration, and a certain je-ne-sais-quoi that makes this a total vibe!