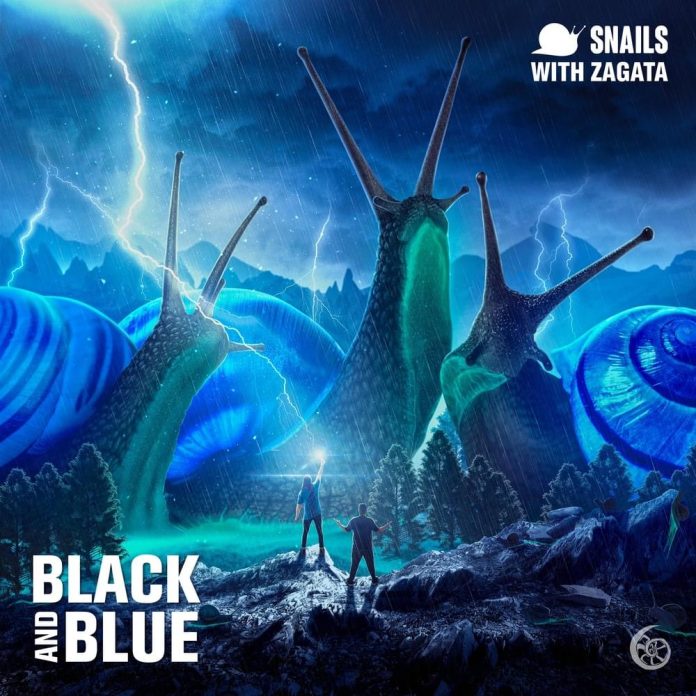 Canadian DJ and producer, SNAILS, is back with the third single off his upcoming album, HELIX, and this time he brought on fellow Canadian singer, Zagata, on to the track. The new song is called ‘Black and Blue‘ and it’s a release on SNAILS’ very own label, Slugz Music. While the song features the same heavy hitting energy from a SNAILS production, Zagata’s vocals adds an uplifting element to the track that is rare to SNAILS’ discography. When speaking on the new track, the Canadian artists had the following to share:

“Black And Blue” blends the world of SNAILS’ sound design with the beautiful singing of Canadian singer Zagata. Based on an unfinished love story where melancholy is healed and moved by a melodic energy that fuels up into an hypnotic drop stamped by SNAILS unique synthesizer. The song is a reminisce that love always wins over pain

As mentioned, this is the third single off of SNAILS’ upcoming album along with ‘Satellite‘ and ‘Alive‘. With three incredible tracks revealed already, we can only imagine what the full album will have in store. Check out ‘Black and Blue’ from SNAILS and Zagata below now!