Home Music Said the Sky, William Black, & SayWeCanFly – ‘On My Own’ 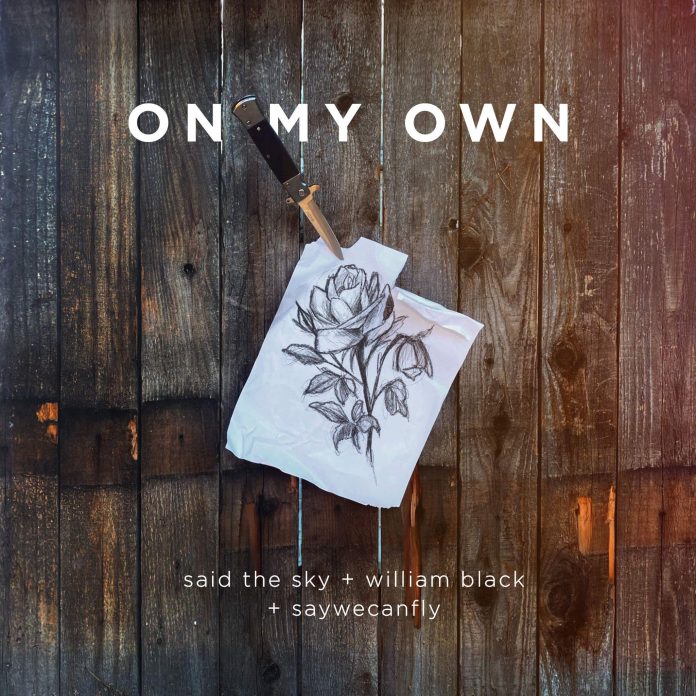 At long last, Said The Sky and William Black are dropping their highly-anticipated collaboration ‘On My Own’. The duo call on SayWeCanFly to complete a memorable sonic trifecta on their new single that’s released via Lowly!

‘On My Own’ is a perfectly even collaborative effort. Said The Sky and William Black’s production prowess is evident on this future bass-laden record and SayWeCanFly lends his emotive vocals to the track. It’s over four minutes of bass and nostalgic punk-rock elements befitting for a couple of noted “sad bois” that came up on the genre.

“To me the song represents finding the strength and trust to lean on somebody – allowing yourself to be vulnerable during a time of hopelessness and self-doubt.”

“The lyrics stem from the fear of vulnerability, however they insinuate taking a “leap of faith” to find true love.”

A collaboration between Said The Sky and William Black has been both sought after and rumored for a while. It seemed destined that the two Colorado-based artists would team up on a track. The two have played shows together for years and William Black even remixed Said The Sky and Slander’s ‘Potions’ featuring JT Roach in 2020. Back in March, ‘On My Own’ got its debut at William Black’s show in Las Vegas and the two have been teasing its formal release ever since. The inclusion of SayWeCanFly makes this track fitting for both the crowds of EDC and fans of Vans Warped Tour past.