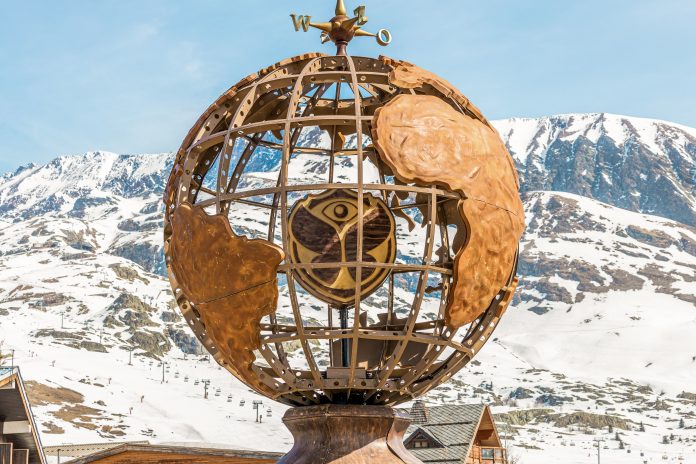 Here we are, Tomorrowland is back! Exactly two years after its first cancellation. Even with a lot of uncertainty only a few weeks from the event, Tomorrowland Winter hosted its first major event with an astonishing second edition at Alpe D’Huez in France. What can you expect from a winter Tomorrowland festival you might ask?

What is Tomorrowland Winter?

For those who are not familiar with the Winter edition of Tomorrowland, it is the Belgian festival bringing its magic to one of the best Ski resorts in Europe, Alpe d’Huez in France. So you get up to 7 days of skiing, mountain activities, and the magic of a Tomorrowland Festival. Music starts at 12 pm on many stages around the resort and the last ones close at 2 am in the festival area. While that is going on, you can enjoy everything the festival and resort offer with many great activities such as paragliding, sledding, helicopter rides, sled dogs ride, or just a tasty local meal while you enjoy the sunshine.

In numbers, Tomorrowland Winter 2022 was :

Tomorrowland Winter offered 10 stages in total, and this year with the sunny weather, the ones on the slopes were definitely where a lot of magic was happening. Note that all stages were accessible for non-skiers as well.

Core Stage took over the French famous Folie Douce. This spot offered one of the best festival views and atmosphere one can dream of. If you are looking for the magical festival vibe, beautiful people gathered around music, and great acts, this was the place the go. Many amazing performances took place here around the week.

Our favorite sets here were Vintage Culture who set the mood for the week and was joined by his dedicated Brazilian fans who knew how to throw a party. Joris Voorn, Patrice Bäumel, and Kölsch did not hold back either and gave the crowd amazing moments at this stage. Overall, the Core stage offered the magic of a big festival such as Tomorrowland, as well as the intimacy and family vibe of a smaller event, the sunshine made the afternoons here perfect.

Beware, however, you might love it so much that you end up spending all afternoons here.

One thing is for sure when Tomorrowland arrives at a venue, it transforms it into a work of art and lifetime-memory material. The first thing you will notice at this spot is the stage made with snow, the beautiful female face sculpture, and garden decorations. Here we had many headliners taking over, such as Armin van Buuren, Steve Aoki, Netsky, and Lucas & Steve.

This stage was one of the easiest to get to, making it a victim of its success on some major sets where the festival had to close entry in order to not exceed its capacity.

Our highlight here was Netsky‘s set on Friday. The Drum & Bass superstar arrived at his set paragliding and delivered a perfect closing sunset performance.

Coming to the big star of the show, the Mainstage, and the controversy around it before the festival. As a reminder, at the first 2019 edition, the Mainstage was outdoors, offering Tomorrowland magic with a great view and production. This year, however, organizers chose to go indoors, had a lot to prove to skeptical fans.

We were also a bit unsure how this new stage will meet expectations, and, spoiler alert, it did.

First of all, the comfort of a heated and big mainstage is a big plus. Some nights in the Alps were very cold, and you can only hope to be indoors when that happens. Additionally, when the Mainstage was revealed on Tuesday night, you could definitely feel the Tomorrowland craft in place.

With the great production, the stage’s beautiful details, and special effects, the magic was definitely there.

On the other hand, we all know Tomorrowland and what they are able to do, and we know that they can deliver even a better show. indoors fireworks like the ones at Tomorrowland Our Story, more special effects or a closing special show would have made the stage closer to perfect. You could somehow feel that two years of covid, no revenue, and a lot of uncertainty -even a few weeks before the event- had affected the festival. With all this in mind, the quality was definitely there and we can only expect better in the upcoming editions.

Performance-wise, the Mainstage obviously had some world-class acts. Our favorites were Armin van Buuren who did what he does best with an over-the-roof-energy performance, Charlotte de Witte closed the stage with some techno on Wednesday, and Paul Kalkbrenner delivered his live magic on Thursday.

This stage was one of the biggest of the festival, and kind of the Freedom stage sister. With a beautiful industrial production, you could feel a more underground vibe here.

The Cage hosted some headliner shows such as Dubvision and Netsky but mainly underground genres nights with Techno and Hardstyle.

Or should we call it the festival magical winter village? This place is one of this year’s highlights. With amazing decoration, this was definitely a winter version of Dreamville where you had a cozy village surrounded by food/drinks stands, the major stages, and also some small ones to discover, many of which will surprise you, and where the energy was over the roof.

Tomorrowland knows how to deliver a lineup, and this year they delivered a good one, but it was just that, good. Unfortunately, one of the very few misses of this edition was the lack of variety and lack of more headliners and special acts.

We definitely had many Tomorrowland headliners and enough names to have a great time. But if you compare the lineup to the one from 2019 or Tomorrowland summer this year, you realize that the lineup could get better. That being said, the festival took place in France, which was in lockdown a few months before the event and had two very difficult years after only one edition took place. So what the festival managed to do in such circumstances is already remarkable, and we look forward to the upcoming editions.

In addition to the musical experience, going to a Tomorrowland Winter festival is, and first of all, an experience. The whole city and resort become a festival village, everyone is here for the festival and music, and you can feel it in the air with flags from all over the world and good vibes.

Being able to take lifts with Armin van Buuren (True story), meet Afrojack at a bar, see another superstar at a local afterparty, and have lunch in the sun listening to beautiful melodies, all become part of your daily life.

And being at Alpe d’Huez for 7 days gives you more time to experience winter activities, discover new artists, meet your new Tomorrowland family, and discover local cuisine before heading to the amazing festival area. It’s a week where you live in the festival and where the festival takes over the city. You have to be there to witness it.

Shoutout to Tomorrowland for yet another amazing edition and a tight organization. Big thank you to Zoo Bar, Smithy’s Taverne, and Igloo Club for their warm welcome and energy-filled afterparties.

Tomorrowland Winter Aftermovie is expected mi-April, stay tuned when we share it.