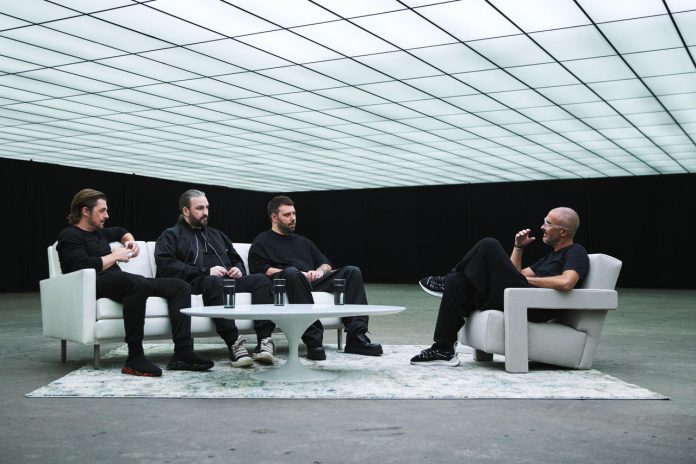 The 3 stars of Swedish House Mafia, (Axwell, Steve Angelo, and Sebastian Ingrosso) took an hour long interview with Apple Music. Zain Lowe interviews the group to discuss their humble beginnings, their phenomenon of their rise to fame, the moment they decided to leave the party, and their decision to come back.

Currently Swedish House Mafia in between Coachella performances, and also just had a successful performance at Ultra in Miami. The group has finished their new album ‘Paradise Again’, and is focusing more on the trio’s solidarity and chemistry.

EDM is more than just a genre of music, it has been a wave, and an industry and is also a part of EDMTunes website. The interview goes in depths of what ‘EDM’ means, and how Swedish House Mafia came to represent that idea so completely and thoroughly.

Saying goodbye on the ‘One Last Tour’ was difficult for the band. Saying goodbye everyday for five months was very difficult. There was a fatigue of the group touring. They discuss the dark side of success.

They all have wives and children at this point. And the group feels grateful that they are able to come back together and perform for their fans. Their journey has been incredible to see, and they discuss how they are looking forward to seeing where the next steps take them.