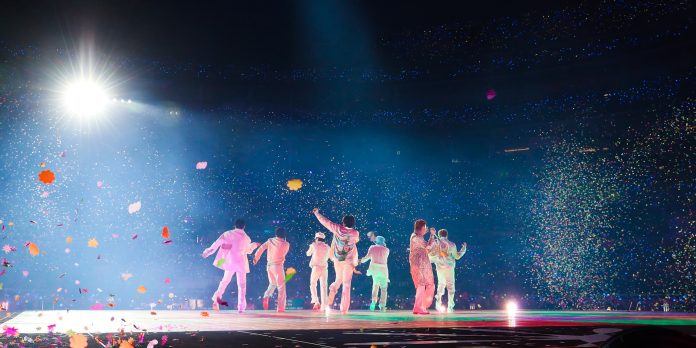 I can’t be the only one shocked at that headline. South Korea has lifted their ban on clapping and cheering at live music events. I don’t even understand how this was enforced nor why it was implemented. Like what happened after an artist finished a song, was there just silence?

Either way, now South Koreans can cheer the night away again. Hugely popular K-Pop group BTS had a helping hand in removing this restriction. Last month, fans of the group were asked to not sing or cheer during their 10,000 attendee show in Seoul. Support could only be shown by waving glowsticks while seated. Sounds like quite the time.

BTS’s next show had 15,000 fans where plastic clappers were handed out. Because clapping your hands doesn’t make sense, but waving plastic clappers does. It has been known that K-Pop concerts give the economy a big boost. An official report from the Korea Culture and Tourism Institute had this to say:

“If BTS normally holds a concert in Korea during the post-coronavirus period, the economic ripple effect will reach 677.6 billion won ($550 million) to 1.22 trillion won ($989m) for one performance.”

With cases dwindling down in South Korea, expect more K-Pop shows in the future. The Music Genre has become immensely popular the last few years around the world. Masks are still required to be worn both indoors and outdoors. In Korean Baseball League, the clubs blamed the early-season attendance woes on the ban on cheering. Luckily, fans of both music and sports can be as loud as ever again.