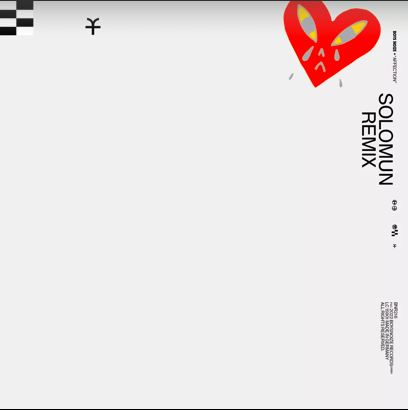 The original ‘Affection’ appeared on Boys Noize’s most recent +/- album Polarity, and features vocals from the artist ABRA. While the house mix demonstrates a classic four-on-the-floor, the dub mix features heavier and moodier baselines.

Solomun has been on a roll lately, to no surprise. He’s established his role over the years as one of the most major acts in the electronic music world, and recently performed at Coachella Music and Arts Festival in Indio, CA. He will be in Ibiza next, and then is planning a tour of Europe.

Take a listen to the remixes below!