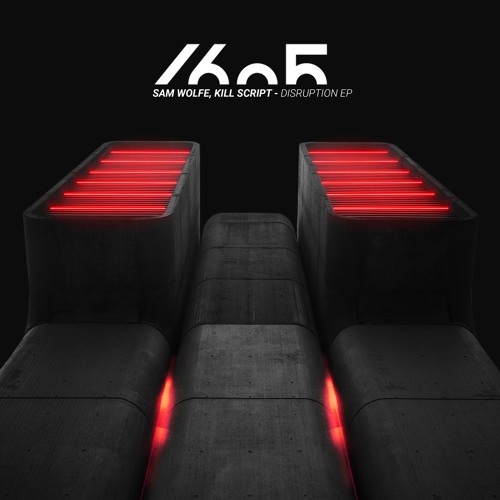 Sam WOLFE, the techno and industrial artist join together with techno rising talent KILL SCRIPT to release ‘Disruption‘ EP. The two-singles demonstrate hardcore beats and kicks, seasoned with robotic voices that make the listening experience a whole journey to a bumping wasteland. They’re available from now via UMEK’S 1605.

The track title ‘Disruption’ starts with a series of thunderous and monstrous kicks typical of the style that KILL SCRIPT is accustoming us to, marked by an omnipresent bassline, courtesy of Sam WOLFE. The track builds in intensity until it hits a crescendo in the main breakdown, just before the percussion comes crashing back in.

While ‘Blackout’ concentrates the kicks and atmospheres presented in the first song but raised to the maximum power. The repetitive voice saying “blackout” is timed perfectly to the addition of new elements to the track.

The Artists Behind ‘Disruption’ EP

American artist Sam WOLFE is based in Atlanta, and this is his fourth appearance in 1605 following his debut in collaboration with Rebel Boy. This collaboration ‘Psalm 39’ charted for many weeks inside Beatport’s Top 10 bestselling techno tracks. Since then, Sam has returned to the imprint in a solo and also collaborated on 1605 with other artists such as Kreecher and Andrea Garcia.

As for KILL SCRIPT, we can mention that he is an emerging artist in the world of techno with a lot of potential to be in the big leagues. He has recently had several singles signed to labels like Armada and Nightmode. He has also played DJ sets at prestigious events such as EDC Las Vegas, EDC Orlando, Electric Zoo in New York, and Seismic Dance Event in Austin.

You can listen to Sam WOLFE & KILL SCRIPT- ‘Disruption’ EP below!