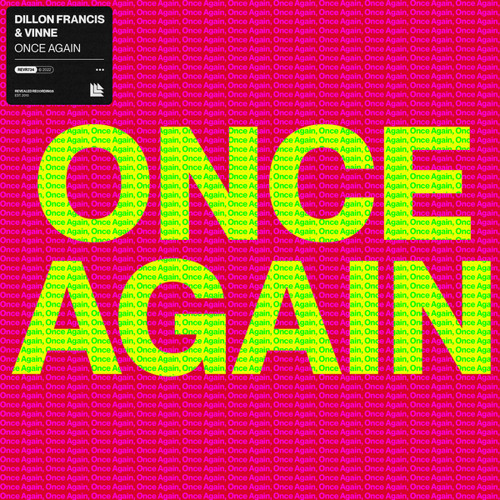 Dillon Francis and VINNE have linked up to drop their smash, debut collab ‘Once Again’, out now on Hardwell’s Revealed Recordings. As the first collaboration from this exciting duo, the track combines some of the best that these artists have to offer.

Whether it’s the rhythmic kick or the distorted vocal overlay, raver fans will want to transport themselves into sonic ecstasy. A build up of stabbing synth keys before a grooving dance beat, ‘Once Again’ drops in time for festival season. It’s clear that this earworm of a tune should appeal to the fanbases of both these exciting artists.

Dillon Francis has been on a roll for the last decade and shows no signs of slowing down. He already has some of the biggest songs to his name, like his DJ Snake collaboration ‘Get Low’. Not one to rest on his laurels, he’s continuing to find innovative ways to push the lengths of his creativity. In addition to his music, Dillon has recently launched NFT projects, an animated series titled Gerald’s World, and a clothing line called Gerald II in association with Barney Cools. His social media presence is also one of the most down to earth and comedic in the industry.

VINNE is no stranger to releasing on some of the most well known labels in dance music. Already boasting credits on Spinnin’ Records, Armada Music, and Tiësto’s Musical Freedom, he can now add Revealed to his portfolio. The future should be bright for him, considering he has already captivated stages at Tomorrowland and Ultra Music Festival.