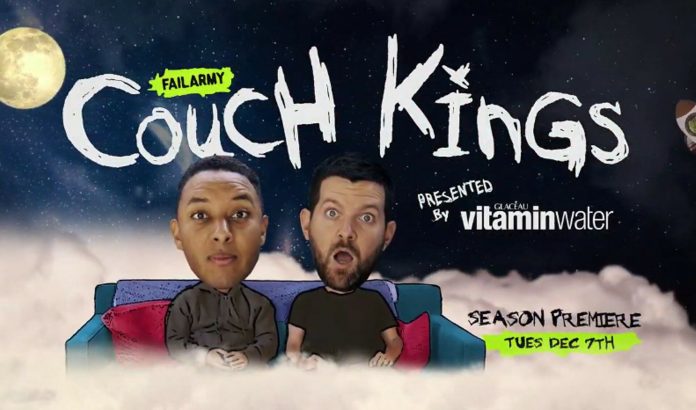 Some would argue that Dillon Francis might just be the best actor in EDM. He has ridiculous music Videos and constantly viral Tik-Toks. Now, he is set to star the new adult animated comedy series called “Couch Kings.” The new show is set to premiere this week on FailArmy social media. It will premiere on December 16th on their streaming TV Channel.

“Couch Kings” follows the adventures of Dillon Francis and his childhood best friend Eric Hamilton. They will channel surf from their living room couch, which will serve as their home base. In each episode, the duo will find themselves on unexpected adventures that all start right from their sofa. With comedy being at the forefront of the show they have a stellar cast of supporting actors set to join. The all-star cast of comedians includes Adam Ray, Amanda McCants, Maddy Whitby, and Trevor Wallace.

The show is sponsored by Vitaminwater. The first season consists of four short-form social media episodes that will be released on FailArmy’s Facebook, Instagram, and YouTube pages, and a 30-minute streaming special that will air on the FailArmy streaming TV channel. The inspiration for the series came from the music video for “Fix Me” by Francis & Cuco.

Check out episode 1 below!