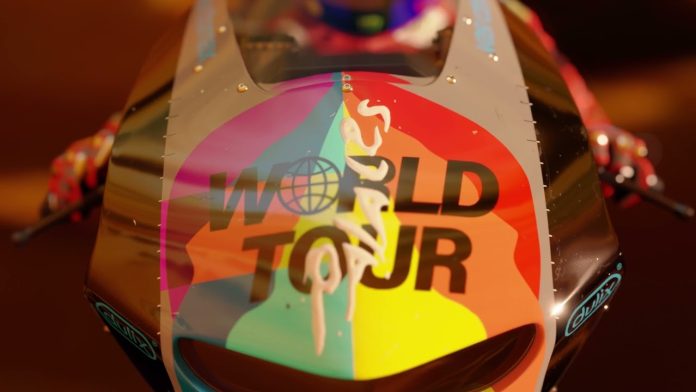 While 2021 was a very quiet year for Flume, 2022 will be one of his biggest years yet. The Australian producer just revealed the dates for Stage 1 of his World Tour in support of his upcoming album, Palaces. With a grand total of 20 dates scheduled at the moment, there will be plenty of occasions to see the popular musician live. For now, the dates revealed are only for U.S. locations. Flume’s tour includes festivals, theaters, and iconic venues like Red Rocks Amphitheatre.

After releasing his comeback single at the beginning of the month, Flume seems ready to showcase his new work. The Palaces World Tour is designed to celebrate his new album’s release. It starts in Las Vegas, on April 14. After that, the 30-year old will headline Coachella for two consecutive weekends. The tour will continue to move across the US, in cities like Chicago, Minneapolis, Pittsburgh, Philadelphia, Detroit, Washington DC, and Orlando. For the moment, the tour extends until September 7th, which will be the second show in a row at Red Rocks Amphitheatre.

Moreover, Flume will bring a talented group for the supporting acts. Artists like Eprom, Shlohmo, Floating Points, DJ Seinfeld, Channel Tres, Jim-E Stack, and Tinashe will serve as openers for the Palaces World Tour. The diversity in genres among the openers will really bring uniqueness to every show.

Pre-sale tickets will go live on February 15th at 10:00 a.m. local time. You can sign-up and check out the full list of announced dates here.

The hype is real for Flume’s return, so you better be ready to grab your tickets if you don’t want to miss out. For now, you can watch the trailer for Stage 1 of Palaces World Tour below.