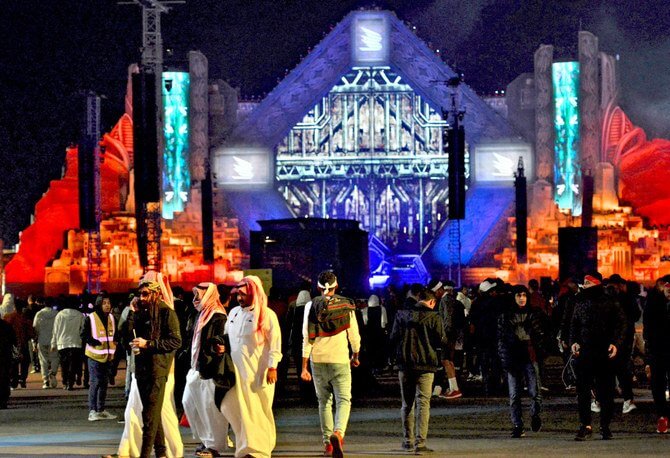 Every festival goer’s nightmare is to end up without transportation to or from and event and getting stranded. Unfortunately, that’s what happened at the start of MDLBeast Soundstorm 2021, Saudi Arabia’s biggest music festival of the year.

Hundreds of thousands of people descended on the Banban desert in Saudi’s capital city of Riyadh on Thursday for the four-day festival. Their excitement turned into frustration as shuttle buses commissioned to transport attendees to and back from the venue stopped running.

Some attendees left without a ride documented themselves and others stuck in the shitshow. A nearly nine-minute video showed hundreds of people walking on a road in the middle of the desert.

“Waiting for the bus,” an attendee recording himself on video says.

He revealed that the organizers gave the wrong location for the bus pickup. According to the attendee, they were lucky that a Saudi gave them the location of the new bus pickup spot. The video shows dozens of people walking on a road to the bus stop, which took 45 minutes. It also captures event staff giving directions to attendees that did not resolve the problem.

By Friday morning, MDLBeast posted on Facebook that it was aware of the shuttle issues and apologized.

“MDLBeast is aware of the difficulties and delays that took place on the first day of Soundstorm 21 which impacted the entrance flow to the festival, traffic and shuttle bus movements as well as parking process.”

The post concluded: “We apologize for the inconvenience caused and assure all attendees that we are working tirelessly to improve the situation and ensure a pleasant and safe experience to all attendees.”

Organizers compensated attendees by replacing park-and-ride transportation with on-site parking for all ticket types for the next three days, “ensuring a seamless experience,” Arab News reported.

Soundstorm 2019 had more than 400,000 attendees. Organizers had predicted that even more people gathered for the rave this year.

Other than the shuttle fiasco, the second edition of Soundstorm appeared to be a success. The spectacular lineup included Armin van Buuren, David Guetta, Martin Garrix, Steve Aoki, Tiësto and Alesso, who closed it out in the early hours of Monday.

Soundstorm 2021, which has been called the “the region’s answer to Tomorrowland”, is the latest festival to run into logistical issues. But its shuttle issue paled in comparison to the disaster that befell TomorrowWorld 2015. Heavy rainfall hit festival in the outskirts of Atlanta, forcing organizers to move parking to a different location. Thousands of attendees who took shuttles waited outside for hours – cold, wet and miserable.