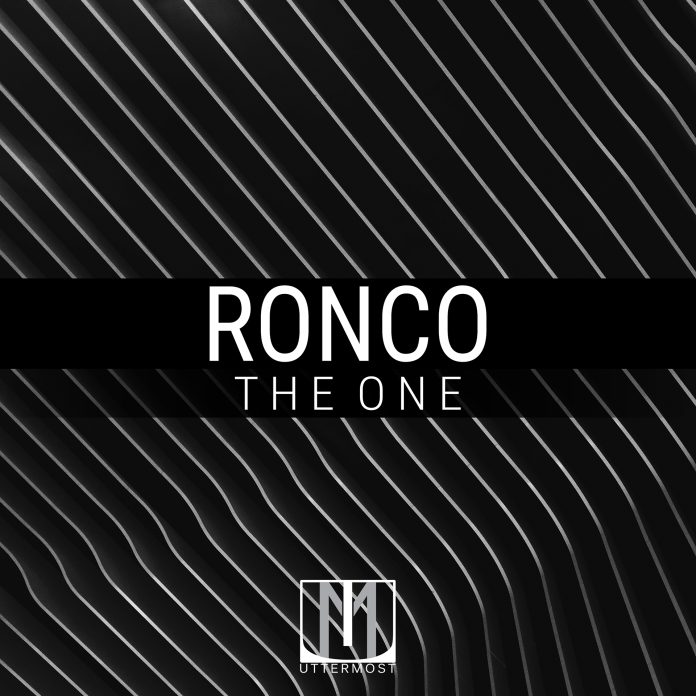 New music is always great. Some would say, that it’s even greater when its from an artist we’ve never heard before. Today, we bring you one such tune, by the way of RONCO‘s ‘The One’. In the past, we’ve seen RONCO release his debut track on Bring The Kingdom, an imprint which is a division o fDon Diablo‘s label Hexagon, alongside Flynninho. Now, he’s going the solo route, debuting on a new label, this time being Uttermost, a division of Sound Best Records. With that said, let’s get to it.

After having listened to RONCO, it is plain to see that ‘The One’ has has all the hallmarks of a proper house track. With that said, ‘The One’ could be considered his most ambitious and quality production to date. RONCO clearly knows the audience he wants to tap into and how to bring this out in production form. The tune features a neat vocal sample, and a catchy baseline. In the world of house music, this is typically a match made in heaven. If you’re a house-head, this is definitely a song you do not want to miss.

When asked about ‘The One’ RONCO had the following to say:

“The One is probably my favorite track I’ve written so far. It was a ton of fun to put together and even more amazing to watch people’s reactions... when I’ve had a chance to drop it in my sets. The song is really all about how amazing life can be when you have someone to go through it with. It adds a whole layer of excitement and adventure when you can share those moments with another person.“

RONCO – The One | STREAM