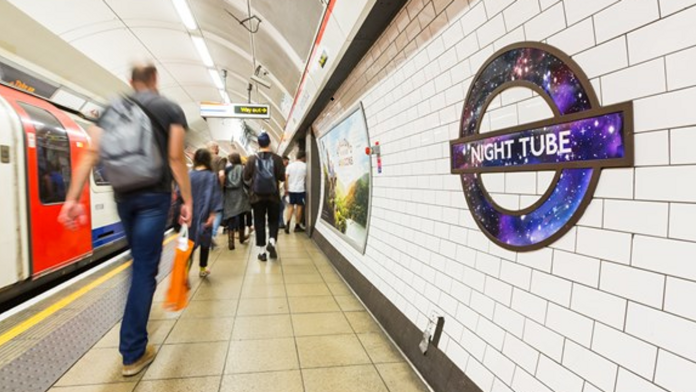 Fear no longer, London – the Night Tube is back. London’s Mayor, Sadiq Khan, has announced that at the end of November, the Central and Victoria line Night Tube will return. A petition started on change.org kicked this all off. It has gained nearly 150,000 signatures and was enough to catch the attention of politicians. The mayor had this to say about late-night travel coming back:

“[this will] help businesses like bars, clubs, and restaurants. And provide another safe travel option.”

The official date of both lines running again is Saturday, November 27. These late-night trains closed down once the COVID-19 pandemic started. Since the UK lockdown ended, travel has increased by 80% on the weekends. Everyone is happy to be hitting the clubs again.

The petition initially was created after the murders of Sabina Nessa and Sarah Everard in London. The public has felt that women’s safety is at risk. In April, it was reported that the Night Tube may not come back until 2022. However, given public support for it, politicians could not ignore the asks to open it up again. The Night Tube means easier access for all to travel the city safely.

It was just recently reported that 86,000 nightlife jobs were lost in the UK during the pandemic. Hopefully, this brings some of those jobs back as the demand increases for going out. The London Underground will be roaring again very soon.