Home Music David Guetta Celebrates 10 Year Anniversary of Nothing But The Beat Album... 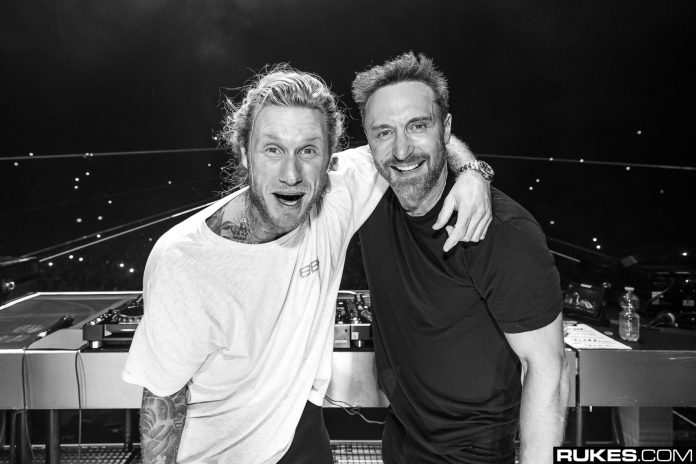 It’s hard to imagine that it’s been 10 years since the release of David Guetta’s Nothing But The Beat studio album. The album went on to to propel the Grammy award winning DJ/producer to become one of the most influential artists in the world. In 2020, he took first place at DJ Mag’s 100 contest.

The most iconic track of the album is ‘Titanium‘ feat. Sia and you can bet millions of fans over the world were introduced to the world of dance music with this track. The legendary tune has become a timeless piece that we’ve seen played worldwide at the largest festivals and clubs. In just 2020 alone, ‘Titanium’ has amassed over 1.5 billion streams, an additional 1.5 billion streams on YouTube, and 500 million views on TikTok. And now Guetta has teamed up with frequent collaborator MORTEN to revamp the track Future Rave style.

Here’s what Guetta had to say about the release:

“The anniversary of my album ‘Nothing But The Beat’ is a milestone in my career. In part because of my single ‘Titanium,’ it’s probably my favourite all time track I have ever created and the one I love playing live. Listening to seas of people singing so loudly together in unison at my shows around the world feels so surreal. “

“It’s an honor to be a part of a remix for one of the greatest dance music records of all time. His song has made the world dance for more than decade now! ‘Titanium’ is what shaped my commercial perception of dance music and it also influenced many others to become dance music producers.”

Guetta’s future rave remix of ‘Titanium’ was first played at his ‘United At Home’ charity livestream in Dubai. The remix combines the electrify energy and tech synths of the future rave movement with Sia’s heartfelt vocals. Check it out below and enjoy!