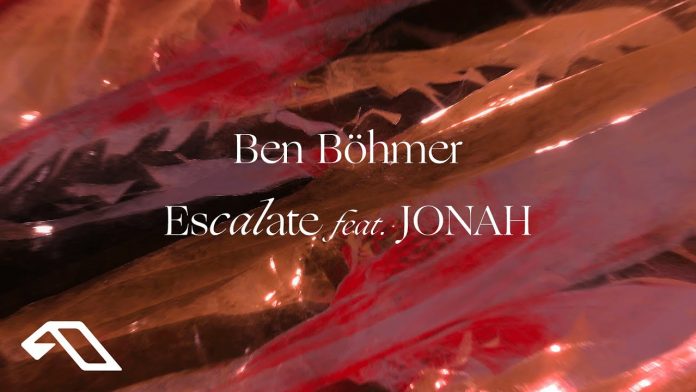 Last month, Ben Böhmer announced his second album, Begin Again, would be released on September 24th via Anjunadeep. To commemorate the exciting news, he released the album’s first single, ‘Beyond Beliefs’ simultaneously. Now the German producer is gifting us with his second single ahead of the album release, entitled ‘Escalate’ ft. JONAH.

Böhmer and JONAH wrote ‘Escalate’ in just one night, according to Böhmer’s Instagram. A much different take than last months’ ‘Beyond Beliefs,’ ‘Escalate’ has an upbeat, indie feel with its smooth vocals and synths atop driving percussion.

Check out the official visualizer for ‘Escalate’ below.

Böhmer’s second album has big shoes to fill, as his 2019 debut album, Breathing, received immense success. He’s amassed over 25 million streams since its release, received critical acclaim from BBC Radio 1, and been named one of Billboard’s “Ones to Watch.”

Featuring 11 original tracks, Begin Again will be out via Anjunadeep on September 24th. In the meantime, you can stream ‘Escalate’ on all platforms here.

This album means so much to me. I wrote it entirely during a period when my girlfriend and I were kept apart on other sides of the world for 9 months due to the global travel ban. During this time making music was my therapy and this album is the most personal music I’ve ever written. We went through such a rollercoaster of emotions and many challenges, and every track is a reflection of how I was feeling in those moments.