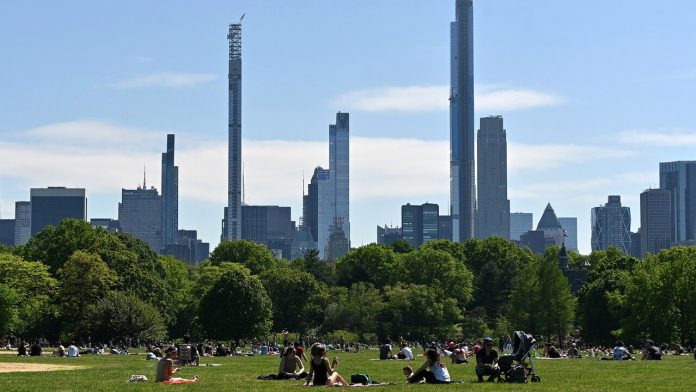 New York City mayor Bill de Blasio is calling on veteran music producer Clive Davis to produce a comeback mega-concert in Central Park. This summer, expect to see a three-hour show for 60,000 attendees with eight iconic artists. Plus, a worldwide television audience. Looks like the grand re-opening after the pandemic is coming for the entire nation. They’re calling it “The Official NYC Homecoming Concert in Central Park”. Friends isn’t the only thing that’s getting a reunion.

No details or artists have been confirmed yet. The concert’s tentative date is August 21st, part of the Homecoming Week that de Blasio has set for the city. Any guesses or suggestions on what artists should attend? Central Park contains 13 acres across its Great Lawn, so major crowds will be lavishly accommodated for. Previous headlines at the scene include Elton John, Dave Matthews Band, Simon & Garfunkel, and many other greats. Global Citizen Festival also takes place here. That summer feeling in the Big Apple is going to feel so good.

Of course, Live Nation is going to take the helm at its production, along with Clive’s son, Doug. What’s more, is tickets will be free with VIP seating options. Costs on those remain unknown if any. Get ready for vaccinated and unvaccinated sections. 70% of tickets already go to vaccinated attendees so far. The state currently has 9.1 million residents vaccinated, with an ongoing vaccination encouragement campaign from de Blasio.

“I turned to Clive, I said, ‘I need the biggest, most extraordinary all-star lineup you can put together, heavy on New York artists. In August, get ready for an unforgettable week, a once-in-a-lifetime concert, and a moment that really says New York City’s back. This focal point is in Central Park because that is obviously an iconic location. [A] place where we can put together an amazing, huge concert to celebrate our rebirth. But there will be major activities in all five boroughs. Time to come home, time to help us move forward. This homecoming week is going to be something very, very special.”

Who’s ready to come back?