Home Music Lane 8 Teams Up With Davey Havok For ‘Riptide’ 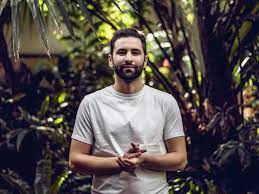 Lane 8 and AFI rock band member Davey Havok are coming together to present ‘Riptide’. This is a song that offers over 5 minutes of fused sounds between Lane 8’s signature rhythms and alternative rock. As always, each sound is very strategically placed. It makes every part of this track very distinguishable and it is worth paying attention to each of them.

Following the Lane 8’s Summer 2021 Mixtape release the This Never Happened boss has many sets, tracks, and collaborations under his belt. ‘Riptide’ is the single which marks the start of his summer release season. He does so in an epic way by bringing in an unusual collaborator in electronic music.

As big fans of both artists, never would I have imagined listening to a collaboration between them.. At first listen, the song may seem like one created by Deadmau5 in the early 2010s. However, after giving it a chance and playing it several more times, I noticed a perfect mix between the characteristic sounds of Lane 8 and Davey Havok.

The song vocals creates a wonderful match with the sound creation, which has a tremendous synergy where both parts are mixed. As a result, we get a single that has found a way to blend together rock and progressive house vocals. This is simply amazing.

You can listen to Lane 8 Feat Davey Havok- ‘Riptide’ below!