You have to admit—people are getting creative during the quarantine. From memes to viral videos to just everyday life, people seem to be embracing their innovative side. Drug dealers are also starting to get clever during the pandemic. Just last week, a man in the UK was arrested for dealing cocaine and tried to pawn himself off as an ‘essential worker.’ This week, we have more peculiar drug news.

Once again in the UK, drug smugglers were caught with $1.3 million worth of coke. They thought if they hid it in their face masks, they wouldn’t get caught. After all, face masks are supposed to be for the well-being of society, not drugs.

British customs, however, quickly caught on. They seized almost 31 pounds of cocaine. The drugs were wrapped in 15 packages of face masks. The polish-registered van transporting the “face masks” was searched. The 34-year old driver was arrested. Darren Herbert, the National Crime Agency’s operations manager for the Port of Dover, had this to say about the criminal act:

Smugglers are going to great extents during this crisis to deliver drugs. We know here in the U.S. alcohol sales are up and we can only begin to assume a similar trajectory for illegal drug consumption. Clearly the market has a massive demand, as people are going to huge lengths to deliver these vices. 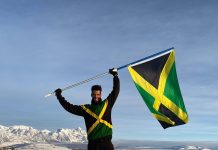