AEG is refunding offering fans refunds for postponed/cancelled events starting May 1st. The entire month of May is open for refunds for rescheduled shows, including Coachella. This may bring good news to those of you disappointed in our festival season this year. It has been an upsetting time since news of the Coronavirus pandemic started.

Angered fans condemned the major event promoters for not offering refunds initially when events first postponed. How could anyone plan that far into the future? How could flights and hotels be re-routed to such a far date? Now, with these reimbursements, people can begin to save for a quarantine fund.

If you’re looking for a refund for any AEG event, you have a limited time to do so. 30 days to be exact. An AEG representative stated that ticketholders will have that much time following an event’s postponement announcement to request refunds. This refund period will cover events that rescheduled dates in March and April.

Shows that have yet to be rescheduled will not be eligible for refund requests until their new dates are announced. AEG will process refunds automatically.

This movement comes as a result of their $5 million class-action lawsuit against StubHub. Yes, the secondhand ticketing platform is under scrutiny for changing their policy. They only offer coupons worth 120% of the purchase price of purchased tickets. Their policy went into effect March 20, around the time that large gatherings were banned across the US.

As of right now, we do not know what the future holds for our beloved concerts, festivals, and music industry. Just recently, California Governor Gavin Newsom suggested large gatherings wouldn’t return until next year. That we need a vaccine before anyone can feel absolutely certain and safe to be around others.

It makes sense why he would be extremely cautious. We have all been doing our part in trying to get things back to normal. Until then, here’s hoping for the best. 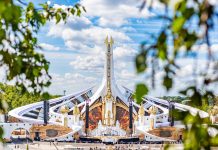 DJ Mag’s Top 100 Festivals is Back

DJ Mag’s Top 100 Festivals is Back