Shapov is lighting a hot streak with his releases, having released ‘My World‘ with Vini Vici and NERVO just two weeks ago. And today, he’s dropped another single, ‘Chasing Shadows‘, which promises to “help you find the light when only the darkness is around.”

Featuring an emotive instrumental backdrop and touching lyrics performed by Cal, ‘Chasing Shadows’ is Shapov’s latest offering through Armada Music, despite it having premiered five years ago when still playing as electronic project Hard Rock Sofa. It was only last year that the track had resurfaced on Tomorrowland’s One World Radio when Axtone had taken over with their full roster.

Now that the wait is over, fans can now officially have their heartstrings tugged at with the stirring melodies resonating throughout the track.

Check out the long-awaited release ‘Chasing Shadows’ below! 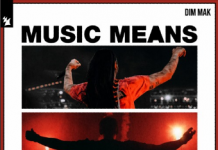